Amy Adams looked every bit the Hollywood starlet on Friday afternoon, while exiting a hair salon in Beverly Hills.The 46-year-old actress’ lengthy auburn hair blew around in the breeze as she made her way back to her parked vehicle.Adams kept her famous face concealed behind a patterned mask and a pair of 70s inspired sunglasses.

She had on a pale blue peasant blouse and a pair of denim straight leg jeans.The Sharp Objects star slipped her feet into a pair of platform heels and she carried a matching purse in her hand. 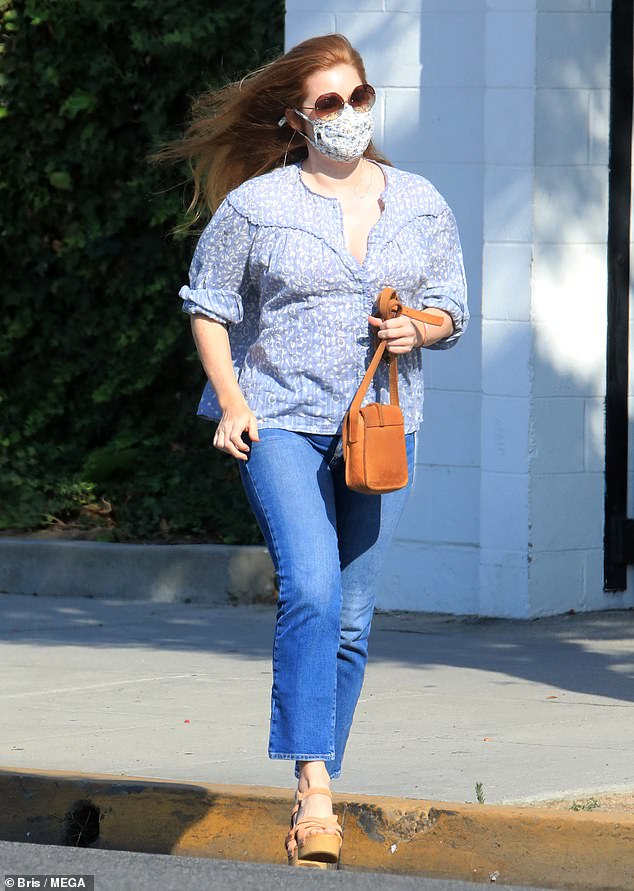 Once she made it to her luxury vehicle, Adams opened the driver’s side door, sat down, and drove off.
Despite being in quarantine with husband Darren Le Gallo and their 10-year-old daughter Aviana, Amy has continued to rake in future acting roles.

Most recently, it was announced that Amy would be reuniting with her The Woman in the Window co-star Julianne Moore for the impending Dear Evan Hansen film, according to the Hollywood Reporter.

Actors Danny Pino, Amandla Stenberg, Colton Ryan, Nik Dodani, and Ben Platt, who won a Tony for his role as Evan Hansen in the Broadway production, are all joining the film’s cast. 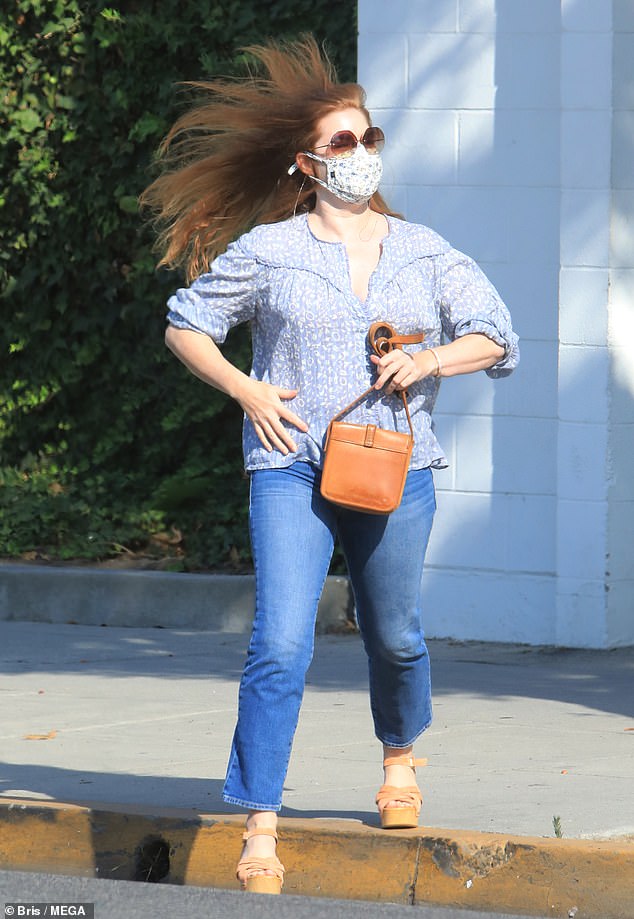 Platt will be reprising his role as the show’s lead Evan Hansen, ‘a socially awkward teen who gets caught up in a lie when he says he was best friends with a schoolmate who commits suicide.’

Adams and Moore will be portraying the two significant maternal roles in the beloved musical.

Dear Evan Hansen will be directed by Stephen Chbosky, while Steven Levenson, who wrote the book that inspired the stage play, will pen the script.

Since the film is still in the casting phase, a theatrical release date has not been published. 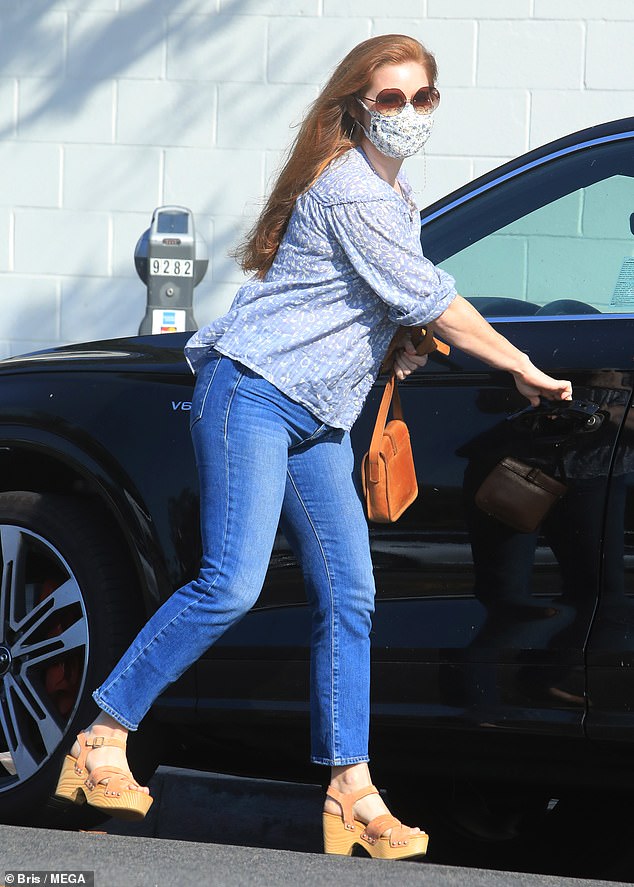 Adams and Moore’s thriller The Woman in the Window was recently snatched up by Netflix, although the film is a Disney-owned 20th Century Studios production, as reported by Deadline last month.

The Woman in the Window is a film adaptation of the bestselling novel of the same name by A.J. Finn.

The film/book follows ‘agoraphobic Dr. Anna Fox,’ played by Adams, who witnesses ‘a disturbing act of violence,’ while spying on her seemingly picturesque next door neighbors.

watch serena dance and shake her butt for alexis and olympia – This will shock you!!!

Oh No!!! Jennifer Aniston is Threatened !