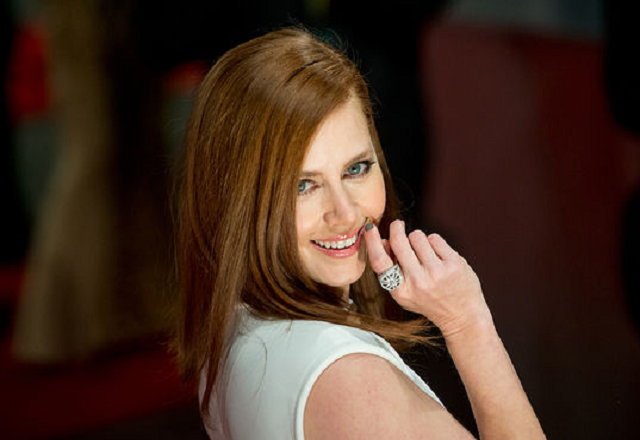 She’s known for her wholesome image but Enchanted star Amy Adams unleashed her sexy side as she donned a tight red dress for a TV appearance.

The mother of one, who is best known for family films including The Muppets, paired the skin tight, short red dress with black stiletto boots for maximum sex appeal as she walked the streets of New York.

The Oscar nominated actress, who is currently engaged to actor Darren Le Gallo, let her long, trademark red hair flow as she greeted fans before gliding into the New York studio to film her appearance on The Late Show with David Letterman. 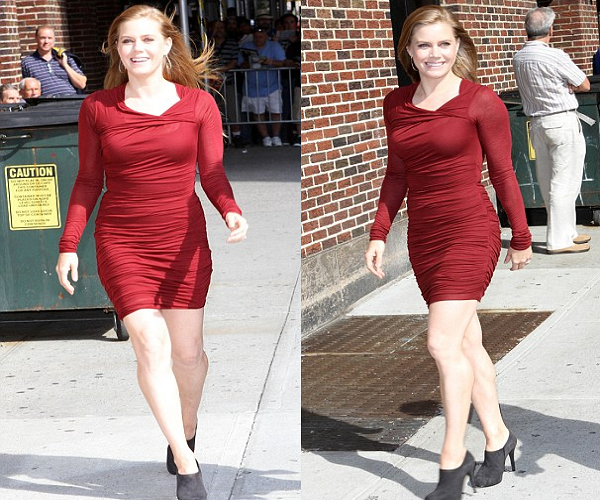 Best known for her demure image, Amy was all smiles as she wowed onlookers with her daring dress, matched with a pair of gold hoop earrings.

The tight dress accentuated her toned figure, clinging to her curves, but she appeared to be the picture of confidence as she strutted from her car to the studio, stopping to pose for photographs.

The star wasn’t afraid to walk through the city bare legged in the thigh skimming outfit, leaving little to the imagination. 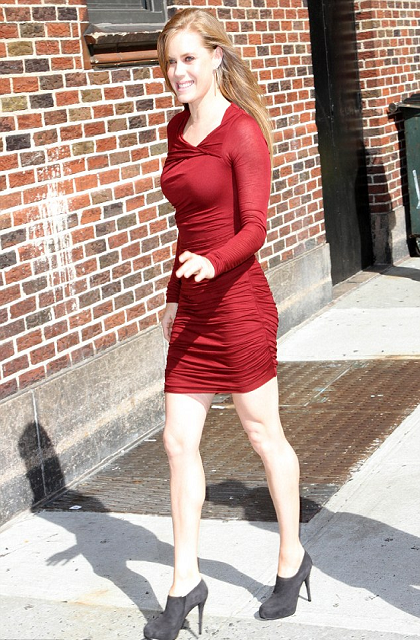 The departure from her usual image could perhaps mark a change in style for the 38-year-old actress.
The A-lister, who’s just starred in On the Road with Kristen Stewart, gave birth to daughter, Aviana, in 2010 but has clearly made time to keep up with her film work as well as her fitness regime.

Although she’s just signed up to appear in a sequel to the smash hit Enchanted, Amy was on more adult territory as she discussed her latest film, The Master, on the US chat show. 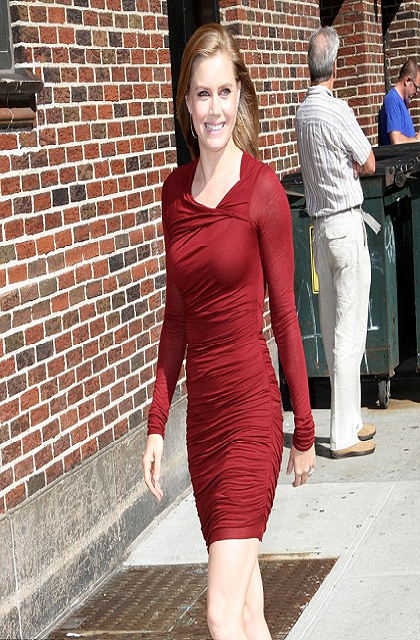 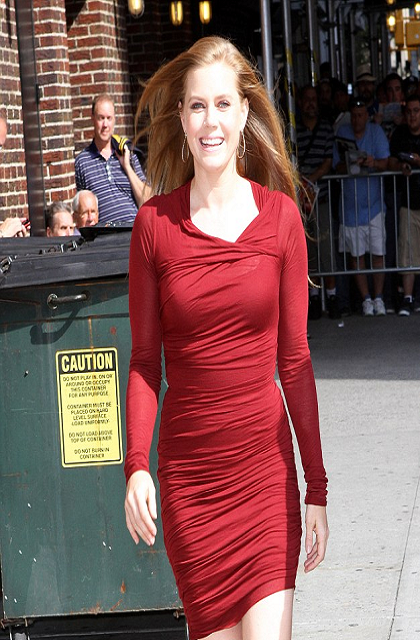 Being raised a Morman, Amy was able to draw from her own strict religious upbringing for the role, which could earn her another Oscar nod.

Breaking News: Charlize Theron Might Quit Hollywood Soon to wrestle in WWE__Watch Her Talks With A WWE Superstar