Hating on Anne Hathaway has become a (blood) sport for some people, which is she is totally aware of, thank you very much.The ocean of Haterade aside, she’s doing great, being all daring and edgy for her recent photo shoot with Harper’s Bazaar.

She’s also talking about that pink Prada dress she wore to the 2013 Oscars that didn’t go over that well. Yeah, you remember it. 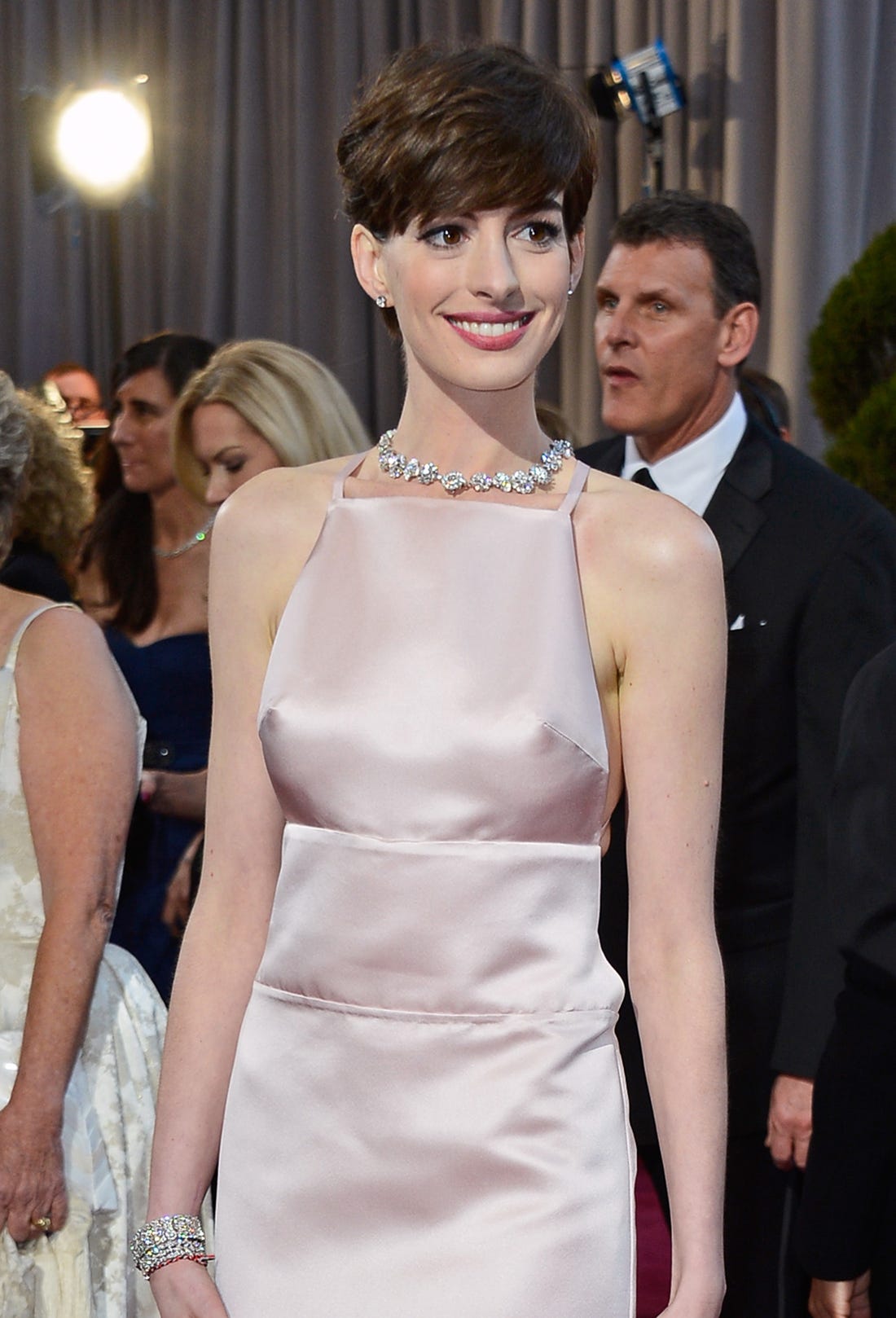 Well, there’s a whole backstory there, that we kinda already know, but it’s nice to hear it from Annie herself, so here goes:

It all started with the perfect dress, but…

“I found a dress, like a month before. It was the most beautiful, reflective, shimmery dress — rainbows were going to dance off me.”

However, the day before the ceremony, Hathaway was called by a tearful stylist’s assistant saying that the dress had already been worn. So she regrouped, choosing a gown by Valentino. … But that night, at Oscar rehearsals, her ‘Les Misérables’ castmate Amanda Seyfried showed Hathaway her Alexander McQueen dress.

“And it’s a lilac version of my dress. Two completely different designers.” At 10 o’clock the night before the Oscars, “I didn’t have a friggin’ dress, which I normally wouldn’t care about …” Long pause. “But I really needed a dress, and everybody hates me, and I just really needed a dress.”

So, how/why did she end up with that pink Prada?

On the morning of the Oscars, a pale pink satin Prada gown arrived at Hathaway’s house. “I was like, ‘Wow! I can do this. It’s beautiful. It’s appropriate.

Front and back of Pink Prada dress … Anne Hathaway

It’s modern. It’s minimal.’ ” Minimalism needs tailoring, and tailoring took time Hathaway didn’t have. “I look in the mirror, turn to (her husband) Adam, and say, ‘It looks like my nipples are hard.’ He says, ‘You look beautiful. Your nipples look pointy. The red carpet’s about to close. We gotta go.’ ”
And, there you have it.

Jennifer Lawrence might wants soap for her birthday this year. Yes really.<<