Asuka has been revealed as the wrestler who competed in the most matches in WWE in 2020, with 64 total matches.In a recent list unveiled on Cageside Seats.

The Empress of Tomorrow found herself atop the pile of wrestlers with the most matches under their belt during the period from January 1st 2020 to December 31st 2020.

Asuka was in more 2020 matches than any other WWE Superstar, male or female 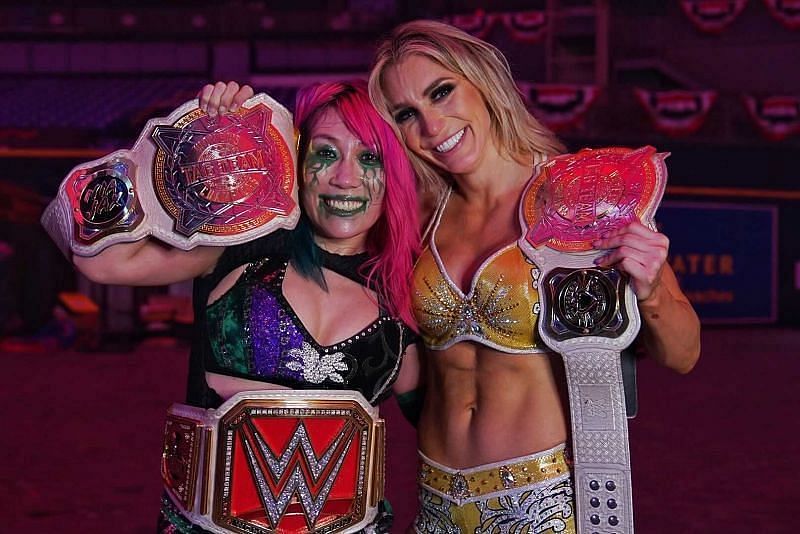 In what was one of the most interesting and unique years in WWE history, Asuka has proven herself to still be the reliable workhorse that many fans and critics have found her to be over the course of her WWE career.

However, these figures do not paint a full picture, especially when compared to previous years. Due to the COVID-19 pandemic, WWE Live events were completely scrapped in 2020, which is where many of the names that appear on such lists would have been able to build their numbers.

Is ANYONE ready to take these Titles from @WWEAsuka? pic.twitter.com/qX4NYCj4Me

For example, in 2019, former WWE Champion Kofi Kingston amassed an impressive 140 matches – over double the number which Asuka would compete in the following year.

As well as wrestling the most number of matches, Asuka’s name also appeared close to the top of another list: Superstars with the most victories in 2020.

Asuka was in more 2020 matches than any other WWE Superstar, male or female https://t.co/Li7F01TSsj pic.twitter.com/6CtTRCppk2

The Japenese sensation would only be outdone in the wins department by none other than the current WWE Champion Drew McIntyre, who stole this particular title with a very respectable 47 victories. Asuka would come in second place with 36 victories.

Keith Lee, who is a relative newcomer to the main roster in WWE, but who spent a lot of time honing his craft in NXT, would come in third place with 34 total wins inside the squared circle.

Anne Hathaway says:’It looks like my nipples are hard.’ …as she exhibits her sweet shape in the pink dress.