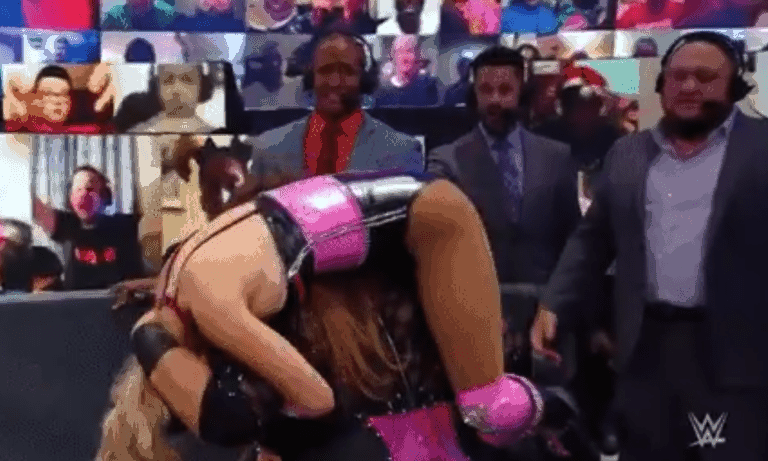 WWE Raw Women’s Champion Asuka put her title on the line against Lana on the season premiere of Monday Night Raw. Lana won the opportunity after winning a dual-brand battle royal on last week’s show.

It was clear that Lana has been working hard at improving her in-ring work because there were some complicated sequences that looked pretty good.

Asuka won but she was attacked after the match by Shayna Baszler and Nia Jax. Believe it or not, there is a plan for Lana. Click here for backstage news on Lana’s character change.

WWE Raw: Mustafa Ali confirms he was the SmackDown hacker