If you ask, she’ll tell you that nothing has changed.

The SmackDown women’s champion might be sporting a different haircut and making her entrance at arenas to a freshly-minted theme song, but what’s inside, she says, has not been altered.

Instead there was simply a realisation that two parties – the fans and WWE themselves – were not there for her when she needed them. That she could no longer rely on either when times were hard, and that she had to start being more focused in her approach.

As Daniel Bryan famously pointed out, the fans are famously fickle in sports entertainment, but Bayley, as one of the company’s most marketable female stars and a figurehead of its women’s division, is perhaps right to expect better from WWE. 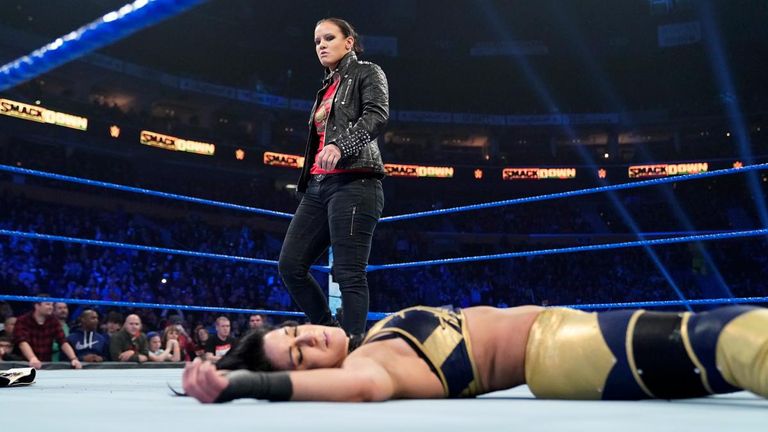 Their disrespect for her, she tells Sky Sports, is writ clear: They won’t even make new side plates for her SmackDown championship belt, forcing her to cover up the cartoon image of her former self with black gaffer tape.

“WWE apparently is too cheap to buy new side plates or make new side plates so I had to do that for them,” she says with a contemptuous look down at the strap on her shoulder.

“This is not what I look like any more and I want it to be as accurate as possible for the WWE universe, of course.

“It doesn’t look like I’m going to get new plates but that’s what happens, they disrespect me. I have to do everything myself, but that’s fine.

“I’ve been doing everything myself all year in this division, so why not make my own championship too.”
At several stages during Sky Sports’ audience with Bayley in a wintry backstage area in Manchester prior to last week’s SmackDown, she visibly bristles at the suggestion that she has changed.

She even points out at one stage that ‘the C word’ is now banned for the remainder of the interview, and delivers the edict with such an air of menace that it is strictly adhered to.

But this is very much a new Bayley. If she hasn’t changed inside, then she certainly has outside, with a newly-found aggression on display in recent confrontations, notably the one with Shayna Baszler at NXT on Wednesday night.

“I don’t know why everyone keeps saying I’ve changed,” she says, almost rolling her eyes as she does so.

“Is it because I cut my stupid hair? I’m 30 years old, I don’t need a side ponytail anymore and I don’t need to be a hero for these little kids who just sit there and don’t make any noise.”

Bayley’s ‘road to Damascus’ moment came at Hell In A Cell, where she lost the blue brand title to Charlotte Flair in short order and left ringside in tears, openly questioning “why does this always happen to me?”

The question might have been in the direction of WWE creative, who had again seemingly cut off her momentum, or the fans, whose support – she maintains – was not there when she was at her lowest ebb. 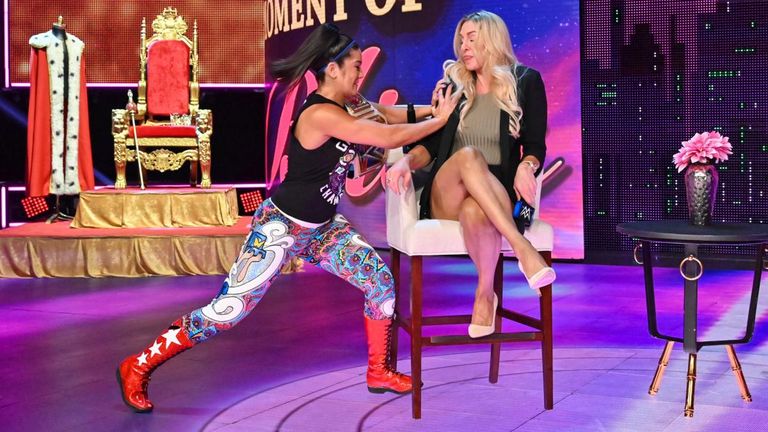 “I give the fans all I have and they don’t give me anything back. So they don’t get my cute little hair any more but there’s no change, it’s still me. I’m still the champion.

“I was distraught and destroyed and sad after Hell In A Cell and I didn’t get any calls or any texts. No fan reached out. Everyone wants hugs and to be touched at autograph signings but when I needed the fans the most, they weren’t there.

And then there’s WWE. Bayley’s employer is not spared the firing line from their SmackDown women’s champion at any point.
Her consistent theme is that they disrespect her, an argument she supports with the totally convincing evidence that she has competed on every pay-per-view WWE has staged this year, with the exception of those in Saudi Arabia. 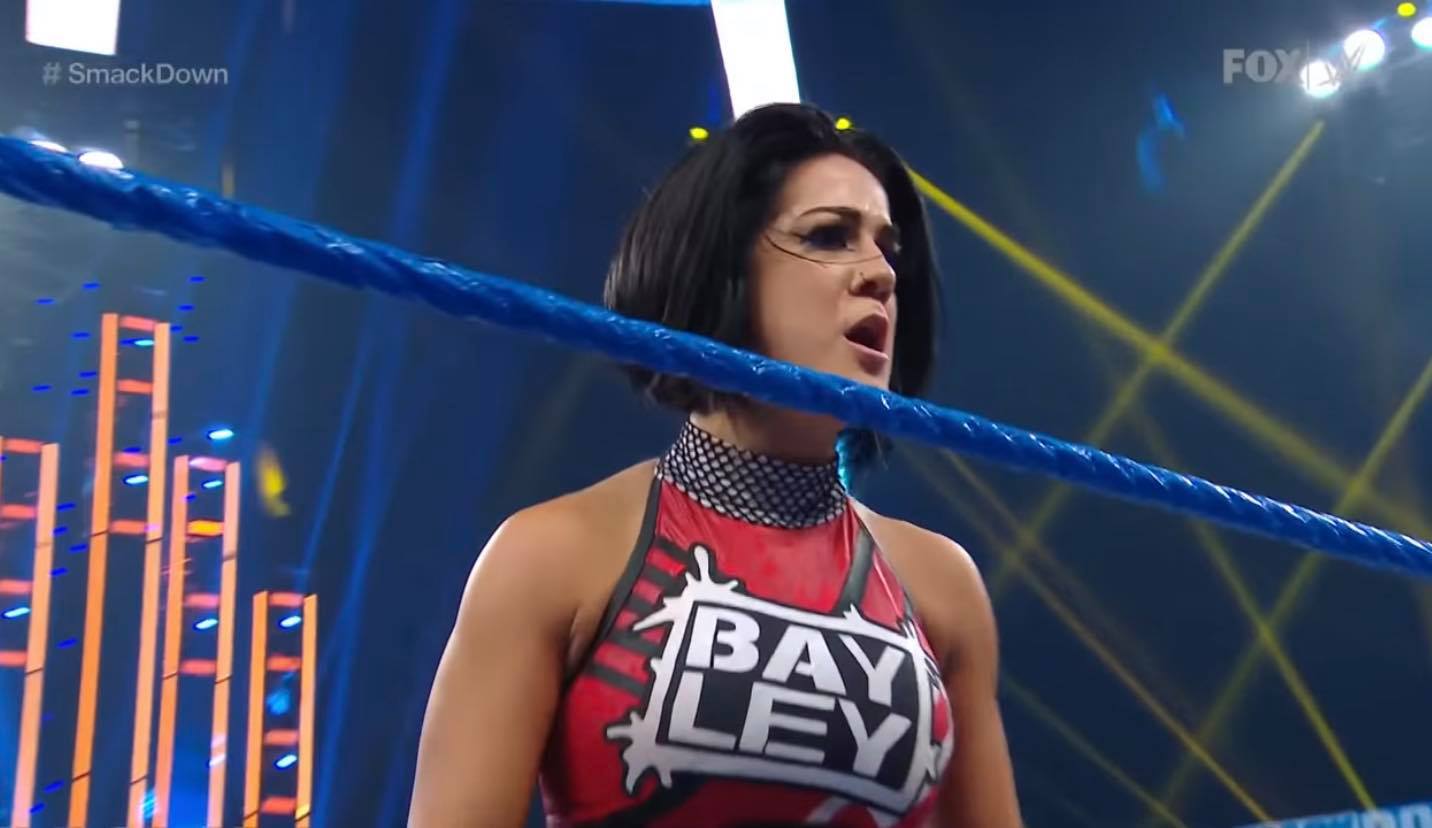 From the Royal Rumble in January, via a brutal Elimination Chamber match the following month and WrestleMania, the record books show Bayley has had 122 matches so far in 2019.

She has clocked up plenty of air miles too. A recent run in September saw her fight in Atlanta, the Phillipines, Shanghai, Hawaii and San Francisco in the space of six days. Her NXT appearance on Wednesday in Florida was 24 hours after a match in France.

“I’ve been on every pay-per-view this year and I’m the only woman to do that,” she said. “I feel like crap. My body hurts. And I’m still the champion, I’m a grand slam champion.

“If you look on some database out there in magic internet land, who has the most matches of the female superstars in WWE? Ding dong, it’s the SmackDown women’s champion.”

And still, there’s no respect.

“I get jumped by Shayna twice and they give Becky and her a nice little face-to-face,” she shrugs. “A nice little interview where they’re talking about how they’re going to keep an eye on me.

“But I can tell you – of all the mistakes they’ve made in their careers, underestimating me is the biggest one they’ve made.”