Carrie Underwood is big-time bragging about her success while stripped down to a minuscule mismatched bikini.

The 37-year-old country superstar today has a lot to celebrate with the anniversary of 2015-founded CALIA by Carrie clothing brand, with the “Southbound” singer dedicating an Instagram update to the label turning six years old. 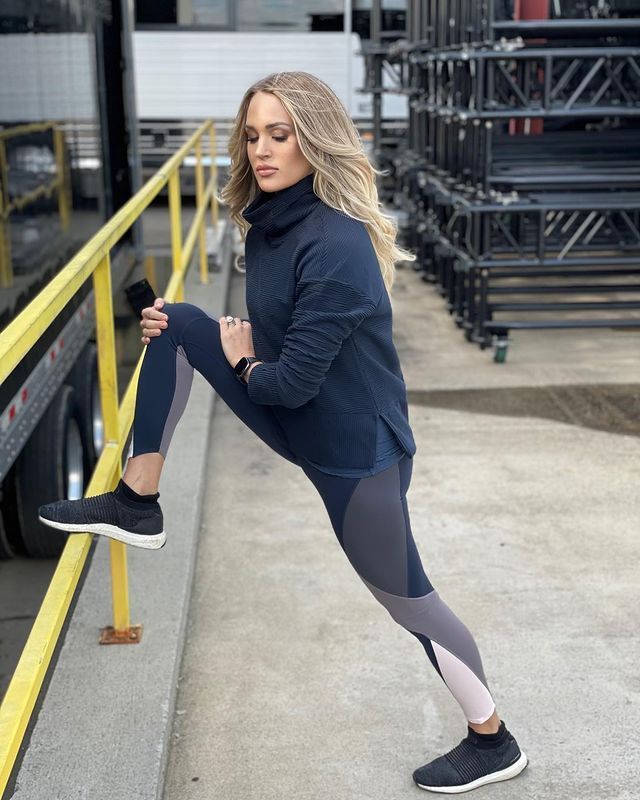 Carrie’s brand, ranking third best-selling after Nike and Under Armour at Dick’s Sporting Goods in 2016, was all over her post, with the bikini body dropping jaws as usual.

Scroll for the video, one that included a photo from all six years that CALIA has been around.

Carrie, who appeared in shots ranging from her exiting vehicle in pants to her packing a suitcase in a stunning gold dress, likely got fans hot under the collar in her 2016 shot, one showing the “American Idol” winner posing confidently on a yacht.

Carrie, who doesn’t strip down to swimwear that often, flaunted her cheese-grater abs and insane workout body, with the bikini doing wonders for her.

All tan, all smiles, and in tiny floral-print and colorful bikini bottoms paired with sporty, black, and tight black bikini top, the mom of two threw out her best smile from behind shades before quickly re-appearing in the next shot.

A gym selfie was also included from the Fit52 founder, with a caption then seeing the star ensure promo continues as usual.

“Whether on the road, on a boat, at a show, at the gym, playing outside, or traveling the world, @caliabycarrie’s got you,” Carrie began. 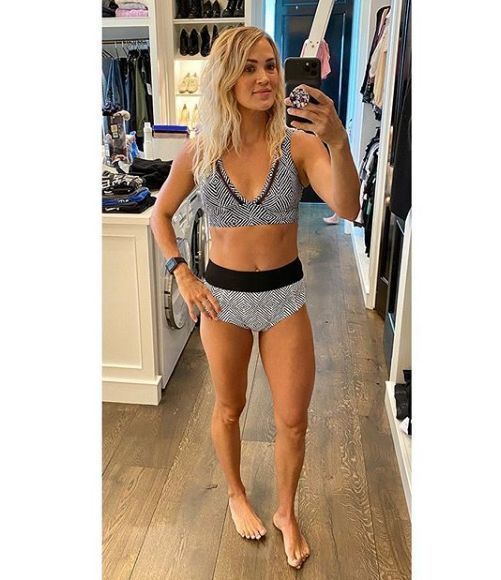 Carrie, who last year launched both her “Find Your Path” diet and exercise book, plus the hugely-popular Fit52 workout app, continued: “It’s been with me for 6 years and I cannot wait for you all to see what is next! #6thAnniversary #StayThePath.”

Carrie, who has been slammed for her brand’s high prices, brought in plenty of congratulations.

One happy customer replied: “Thank you for taking a chance on this venture. You truly helped me improve taking care of myself with your clothing line. The clothes make me feel so confident and comfortable!”

Related Topics:carrie underwood
Up Next