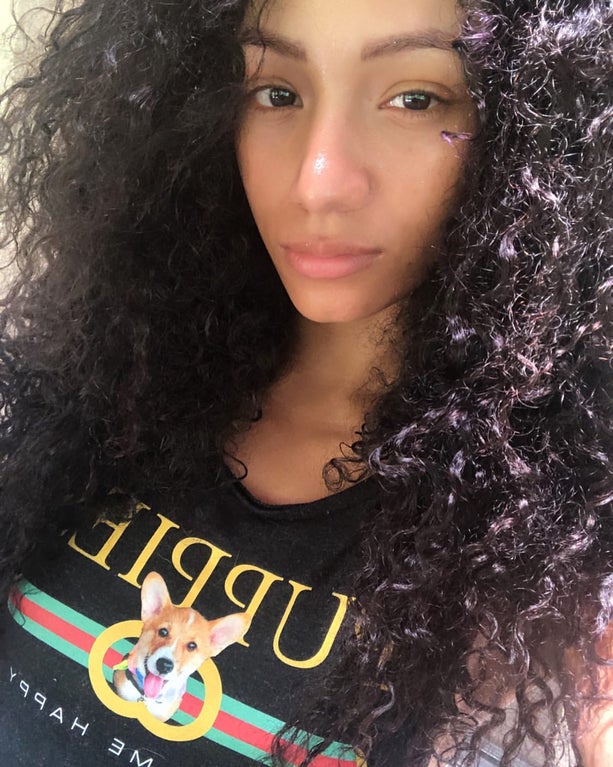 Mercedes Kaestner-Varnado’s initial training was at Chaotic Wrestling back in 2008. She made her in-ring debut for the promotion in 2010 in an intergender tag-team match. She continued to lose all her initial matches but she kept getting better inside the ring.

Finally, in 2011, Varnado picked her first win alongside Nikki Roxx against Alexxis and Mistress Belmont in a tag team match. She also defended went on to win the Chaotic Wrestling Women’s Championship until she left the company to sign with the WWE. 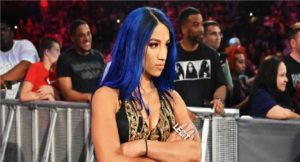 In December 2012, Sasha Banks made her WWE NXT debut as Sasha Banks and went on to face Paige in her first-ever WWE match. Although she couldn’t win that match, she managed to capture the attention of the fans.

Over the next few months, she continued to have matches against the likes of Alicia Fox, Audrey Marie, and Summer Rae. She even made an unsuccessful attempt at capturing the NXT Women’s Championship. Banks turned heel after failing to win the Championship and she attacked the then Champion, Paige. This led to a full-blown rivalry between the two women. Meanwhile, Sasha Banks also found an ally in Rae and the two teamed up to take on Bayley and Charlotte Flair. 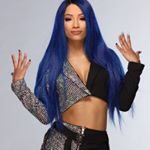 Next was Sasha Banks’ incredible feud with Bayley. The two continued to take on each other week after week. When Bayley defeated Sasha Banks to become the number one contender for the NXT Women’s Championship, Banks decided to attack Bayley after her match against Charlotte Flair (then Champion).

Following that, Banks feuded with Flair and Becky Lynch until she was challenged by Flair for the NXT Women’s Championship match. Banks won the title and was praised by everyone including her opponent for the amazing performance that she put up. She dropped her title to Bayley and the two celebrated that match together. The match was critically acclaimed and was considered as a good contender for NXT: Match of the Year award.

In July 2015, Sasha Banks made her main roster debut on RAW. She allied herself with Naomi and Tamina to fight against Team Bella which included The Bella Twins and Alicia Fox, and Paige who was now accompanied by Charlotte Flair and Becky Lynch.

During this time, Sasha Banks went on to be a part of small feuds each against, Charlotte, Paige and Becky. She also feuded with Charlotte and Becky at WrestleMania to get her hands on the WWE Women’s Championship that had replaced the Diva’s Championship.

Following the 2016 WWE draft, Sasha Banks won the title after defeating Charlotte Flair but she dropped it back to The Queen at SummerSlam after 27 days. The Boss managed to regain her title in the weeks that followed. She also faced Charlotte in a first-ever Women’s Hell in a Cell match at the eponymous pay-per-view event for the RAW Women’s Championship which also became the first women’s match in the history of WWE to main event a PPV. Unfortunately, Sasha Banks lost her title after 27 days for the second time.

She faced Charlotte again in a Falls Count Anywhere match for a record three times. She then fought Alexa Bliss to win the title back for the fourth time but dropped it to Bliss on the next episode of RAW. She then continued to feud against Paige led Absolution with Mickie James and Bayley on her side.

During Royal Rumble 2018, Sasha Banks eliminated Bayley and remained in the ring for the longest period of time, thereby becoming the Ironwoman of the match. Sasha then challenged the then-undefeated Asuka but was unsuccessful. In the weeks that followed, tensions began to mount between Sasha and Bayley as both of them wanted to one-up the other in an attempt to end Asuka’s undefeated streak. Both Bayley and her teased heel turn and continued to betray each other in the matches to come. Finally, Banks snapped and decided to attack Bayley in the backstage area after they got into a heated argument. 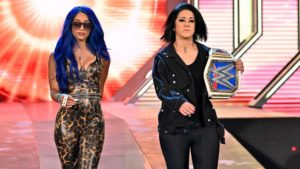 The two former best friends then came face to face against one another in the Women’s Battle Royal at WrestleMania 34. To make matters worse, Bayley eliminated The Boss from the battle royal match by tossing her out. On the episode of RAW after WrestleMania, Banks lost a match against Mandy Rose after accidentally getting knocked out by Bayley. Following that, Banks and Bayley faced each other next week but their match was interrupted by The Riott Squad. Banks continued to feud with the leader of The Riott Squad, Ruby Riott in the months that followed.

After months of misunderstanding that gave The Riott Squad the upper hand, the two of them were given one last chance by then RAW General Manager Kurt Angle to work on their relationship. Eventually, they got along and officially formed a tag team, dubbed The Boss ‘n’ Hug Connection. They went on to defeat The Riott Squad and have a feud with them. They were eventually crowned the first-ever WWE Women’s Tag Team Champions in Elimination Chamber 2019 after the titles were unveiled on the January 7th edition of RAW by Alexa Bliss. After a few successful title defenses, they lost the Tag Team Championships to The IIconics at WrestleMania 35.

After the title loss, Banks was absent from television for almost four months. She returned on the August 12, 2019, episode of RAW by and turned heel by attacking an injured Natalya. She tweaked her persona by sporting a new blue hair color which was hidden beneath a purple wig and proceeded to attack the RAW Women’s Champion Becky Lynch who came out to save Natalya. Banks reunited with her former partner Bayley when she also turned heel and reignited her feud with Lynch and faced the latter for her Women’s Championship at Clash of Champions. She won the match via disqualification after Lynch unintentionally attacked the referee with a steel chair.

The feud between the two climaxed at Hell in a Cell 2019 in a Hell in Cell match for Lynch’s RAW Women’s Championship. Banks was again unsuccessful in winning the championship and it was rumored that she had allegedly injured herself owing to the violent nature of their match. Sasha Banks was drafted to SmackDown in the 2019 WWE Draft.

Sasha Banks missed a couple of live shows after her bout with Becky Lynch at Hell in a Cell 2019 and it was reported that The Boss had allegedly injured herself in the match. WWE later themselves admitted that Banks had sustained injuries and was not cleared to wrestle. As a result, she has pulled away from her scheduled match against Becky Lynch on the October 14 episode of RAW but did not go into specifics regarding the nature of her injuries. 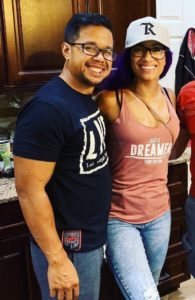 Sasha Banks is married to former professional wrestler Sarath Ton who is also known by his ring name of Kid Mikaze. He is a costume designer for WWE and has also designed attires for Banks as well as Bayley.

Nicknames
“The (Legit) Boss”
“The Blueprint”

What nationality is Sasha banks?
Sasha Banks is an American national.