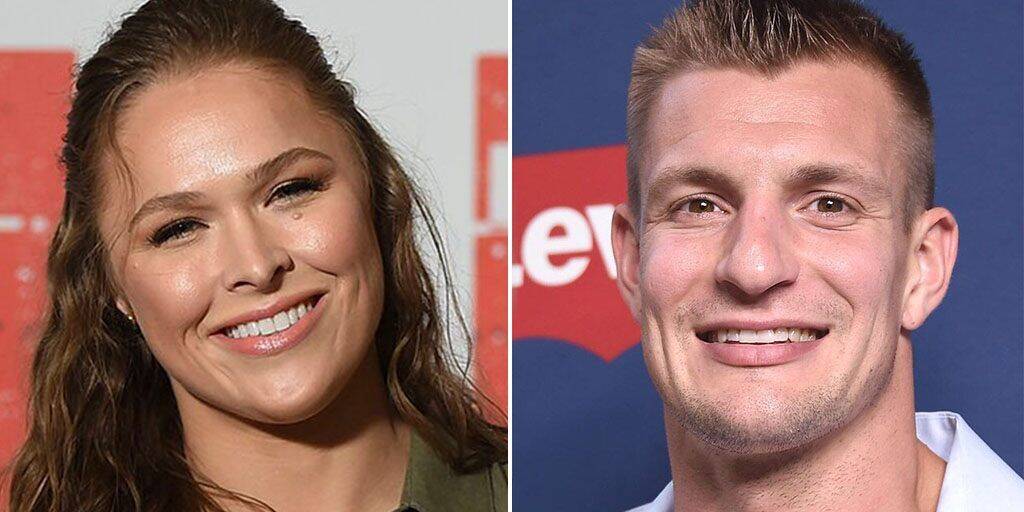 Rob Gronkowski was overcome with shock and awe at Ronda Rousey’s appearance on the competition reality series “Game On!,” which is an adult take on “Double Dare” brought over from the United Kingdom by late-night host James Corden.

“It was pretty cool when Ronda Rousey was a guest on one of the episodes and she was on my team,” Gronkowski told reporters during a virtual press conference on May 20 ahead of the series premiere on Wednesday. “And just to see, you know, throughout her career what she did for the UFC — she literally took that and made that a women’s sport. And she put it on the pedestal of where the men’s UFC was.”

The three-time Super Bowl champion said that when the UFC great and former WWE Raw Women’s Championship title-holder arrived on the set of the competition series, he immediately knew he had to mind his manners. Luckily, he didn’t have to trash-talk Rousey.

ROB GRONKOWSKI REVEALS WHY HE DECIDED TO COME OUT OF RETIREMENT 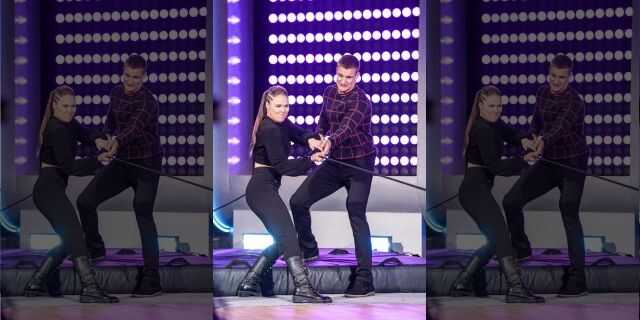 “She brought women’s UFC to a whole new level [and] into a whole new respect. And just to be that bada–, and just to be able to go out there and whoop anyone’s butt like she was doing was just spectacular,” Gronkowski said. “So it’s just cool to just see her come in and you’ve got to be polite to her because she’ll whoop any one of our butts, so it was just super neat, super cool. And you could just tell that she has that competitive side to her [and] that she’s always ready to go, which is pretty neat.”

“Game On!” is similar to U.K.’s “A League of Their Own” and sees team captains Gronkowski, 31, and tennis legend Venus Williams, along with comedians Bobby Lee and Ian Karmel, compete in over-the-top physical and mental challenges.

The series’ host, Emmy and Peabody Award-winning actor, writer and producer Keegan-Michael Key, said the show is everything people love in competition — only with the added quiz element that raises the stakes to the next level.

“I’m a sports fan in general of all manner of sports,” Key said. “And so the fact that this format and the theme of the show would be wrapped around sports was really, really exciting to me. And then, I think that the thing that we’ve been speaking to already is that there’s this wonderful joy and this hybrid quality of the show.”

The self-proclaimed competition junkie said he gets a rush from playing sports and is athletic enough to understand the daunting task the celebrity contestants are up against in the high-octane format of the show.

“It is its own show. And it should have its own category, in my opinion, because it’s not only about competing but then we have these wonderful quiz segments and there’s also lovely banter between the guests and the panelists that are there all the time,” Key said. “We also have this — as Rob just spoke to — this unexpected nature of we don’t know what the challenges are going to be. We don’t know how they’re going to excel at them.”

“We don’t know who’s going to excel at them. Sometimes the guests will participate,” Key added. “And so there’s this wonderful, titillating, unknown quality about it every time we do it. So that’s the stuff that really drew me to it that really attracted me to it in the first place. And so I really, really love it.”

When asked if there were any challenges that made him nervous, Gronkowski didn’t hold back in explaining the ultra-physical feat of performing sit-ups while being suspended upside-down in the air.

“You get hoisted up on a bungee cord to the ceiling. And on top of it, you flip upside-down,” the 24/7 Wrestlemania 36 champion explained. “So you’re upside-down, hoisted up in the air at top of the ceiling — and then you’ve got to do sit-ups and touch your toes and do as many sit-ups until you can’t do them anymore until Venus or I fail out and can’t touch our toes anymore.”

On why he ultimately decided to take the leap into being a captain on “Game On!,” the NFL tight end said it was “definitely something [he] needed” to do, adding that he simply “got the itch” to compete.

CAMILLE KOSTEK REVEALS HER QUARANTINE ROUTINE WITH ROB GRONKOWSKI: ‘WE’VE BEEN LOVING THIS TIME TOGETHER’

“When you’re in that football world you come together for all those years and each year, it’s a different family you become a part of and I miss that type of atmosphere,” Gronkowski continued. “And this was a chance that I could regain that type of atmosphere. And look, we’re still laughing a couple of months later after the show is done. It’s like family now.

The now-Tampa Bay Buccaneer has since reunited with his teammate Tom Brady down south and said, as a stout competitor, he will try to win anything thrown in front of him. You name it, he’s playing to win.

“I love competition. I’m competing wherever I’m at, if it’s backyard games playing corn hole or if it’s going on ‘Game On!’” he said. “So the show just fit me well from athletic-wise all the way to comedy-wise because I do love a laugh too. So just overall, it was something that felt good to do and it challenged my mind and it also challenged my skills, too, which that’s how you take yourself to the next level.”

The investigations as to who is responsible for turning off the lights at the Lekki toll gate before the premeditated actions of the Nigerian military men against the #EndSARS protesters, have yielded some positive fruits.

Before the inhuman operations of the soldiers, reports had it that the Lekki toll gate lights were put off as well as the CCTV installed in the area.

According to a confirmed information coming from renowned Nigerian Disc jockey, DJ Switch who was at the #LekkiMassacre scene on Tuesday night 20th October, the person responsible was no other but Seyi Tinubu, the son of APC chieftain, Bola Ahmed Tinubu.

DJ Switch took to her twitter to make the announcement, she wrote: