Through an unfortunate set of circumstances, the Golden State Warriors — who had won three of the previous five NBA championships entering the 2019-20 season — find themselves heading toward the NBA Draft Lottery and a shot at the No. 1 overall pick. According to The San Francisco Chronicle‘s Connor Letourneau, the Warriors would likely select Georgia Bulldogs combo guard and 2020 SEC Freshman of the Year Anthony Edwards in that scenario.

In a normal year, the Warriors would be title contenders, even while playing in a Western Conference that seemingly becomes deeper and more difficult with each passing season. However, Kevin Durant left the team for the Brooklyn Nets last summer, All-Star sharpshooter Klay Thompson was ruled out of the ’19-20 campaign after getting injured in last year’s NBA Finals and former MVP Stephen Curry was also injured earlier this season. 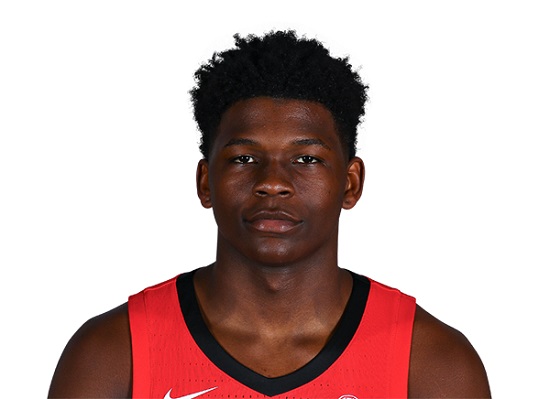 As a result, the Warriors owned a league-worst 15-50 record when the NBA made the move to suspend the season in March amid the COVID-19 pandemic. The lottery-bound team won’t be among the 22 clubs participating in the season restart later this summer.

Adding Edwards to a lineup that already includes Curry, Thompson, Draymond Green and former No. 1 overall pick Andrew Wiggins could potentially extend the Warriors’ current title window, keeping the club among the league’s elite for years to come.

Although differing opinions on which prospect should go No. 1 definitely exist, Edwards made a strong case for the distinction in his lone season with the Bulldogs. In 32 games played during his freshman campaign, the Atlanta, Georgia native averaged 19.1 points, 5.2 rebounds and nearly three assists per contest. 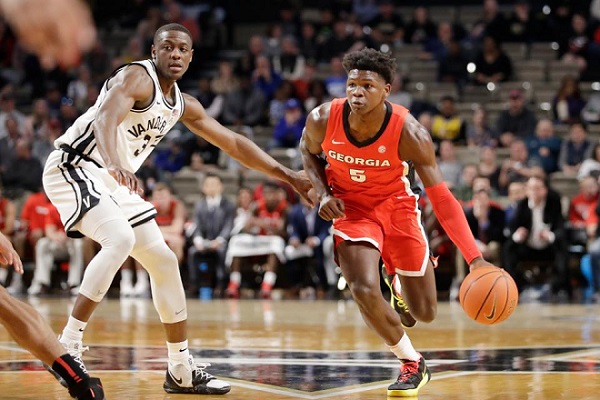 With its NBA player comparison analysis, NBADraft has likened Edwards to Miami Heat legend Dwyane Wade and Utah Jazz star Donovan Mitchell. Meanwhile, CBS Sports‘ Kyle Boon had Edwards penciled in as the No. 1 pick in the 2020 NBA Draft in his most recent mock draft.

Nevertheless, multiple other prospects have been considered options at No. 1. As reported previously by The Inquisitr, a recent poll of NBA team executives revealed that a majority of participants favored Memphis Tigers center James Wiseman as the top choice.

Whichever direction the Warriors decide to go in the event that they win the No. 1 pick, they’ll likely be a force to be reckoned with once again next season when their key players return to action.