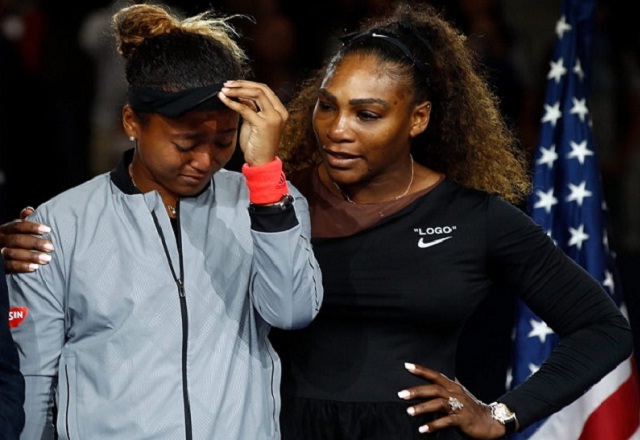 Naomi Osaka and Serena Williams are divided by a gulf in experience as wide as the freeway that thunders past the USTA Billie Jean King Tennis Center here at Flushing Meadows, but the 20-year-old Japanese will go into Saturday’s US Open final against the 36-year-old American with an advantage that few players can boast.

Osaka has a positive head-to-head record against Williams, having won their only previous meeting six months ago at the Miami Open, even if the 23-times Grand Slam champion had only just started her comeback following the birth of her first child.

“It’s really cool that I was able to play her so early,” Osaka said as she looked ahead to her first Grand Slam final.

“As the circumstances were so different then, I’ll be able to see how she has changed since, but I think that experience was really good for me.”

Williams meanwhile will not be dwelling too long on the fact that she lost their only previous meeting. “I definitely wasn’t at my best,” she said. “It was good that I played her because I know how she plays now.

“I was breast-feeding at the time, so it was a totally different situation. It was what it was. Hopefully I won’t play like that again. I can only go up from that match.”

Earlier this summer Osaka described the Miami meeting with Williams as “one of the best tennis moments of my life”.

The American was always her favourite player growing up and she says she would not have taken up the sport but for the example of Williams and her sister Venus.

There are some striking parallels between Osaka’s early years and Williams’. Although she was born in Japan to a Haitian father and a Japanese mother, Osaka has spent most of her life in the United States, in New York and then in Fort Lauderdale.

Osaka has a 22-year-old sister, Mari, who also plays tennis. Mari is currently ranked No 367 in the world, her progress having been stalled by injury.

Bajin said that Williams was always very aggressive on the court “but I have to push Naomi just to get a fist pump out of her”.

I met her a little bit later. Maybe she was the same way when she was younger.

“When I was with Serena, she was a little bit more outgoing. On court she’s more of a boss than Naomi is now. I’m working very hard, as we all are in the team, to make sure that Naomi one day might own the court like Serena.

“What I really love about Naomi is that she has somehow preserved that innocence. If she’s sad, she’s going to show it.

If she’s happy, she’s going to show it. There are no fake emotions. It’s just very raw, pure emotions. That also makes it easy for me to understand her.”

Bajin tells Osaka that pressure is a good thing. “The more expectations people have from her on the outside, she must be doing something right, because if there’s no pressure or expectations, then you’re nobody,” he said.

“I believe that Naomi is one of those individuals who really craves the big stage, so that definitely helps her competing out there.

She always plays better on the big stages than she does on any of the other courts.”

Serena Williams says: “They are so prominent, strong and vital to my life”

Scarlett Johansson reveals: “I don’t wear Undies..and i have a particular reason for this. “