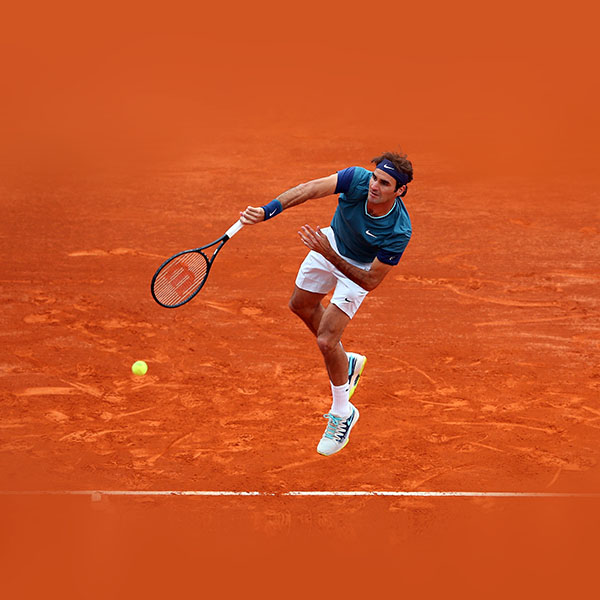 Instead of that, he suffered early losses at both Majors and lost the ground in the next couple of months, making one last push during the fall indoor season to regain positions on the ATP ranking list and secure the place at the Masters Cup in Shanghai for the first time.

At the beginning of 2003, the Swiss couldn’t play at his best in Doha and Sydney after a groin injury, losing to David Nalbandian in the fourth round of the Australian Open and missing another chance to fight for the Major crown.

Roger started to play better from February, scoring two Davis Cup wins and lifting the trophy in Marseille and Dubai, looking for more of the same at the first Masters 1000 event of the season in Indian Wells. The Swiss had to work hard in the opening test, beating Felix Mantilla 6-7, 6-4, 4-1 as the Spaniard had to retire in the decider.

It was the 21st triumph for Roger in 2003, leading the standings in that segment and gaining confidence ahead of the upcoming encounters in Indian Wells and Miami. “I didn’t play for a few days after winning Dubai and when you start again, the body hurts.

It’s nice to come to any tournament after lifting the trophy at the previous one; it gives me confidence, especially ahead of such a big event like Indian Wells. It helps when you know you are the leader of the season in terms of the number of victories.

Physically, maybe not so much but I said I like to play in February. I would rather have this problem of winning too many matches than not winning enough. I feel good and I’m looking forward to my next clashes here and in Miami; those are very nice events. It would be great if I can play well at least at one of them.”