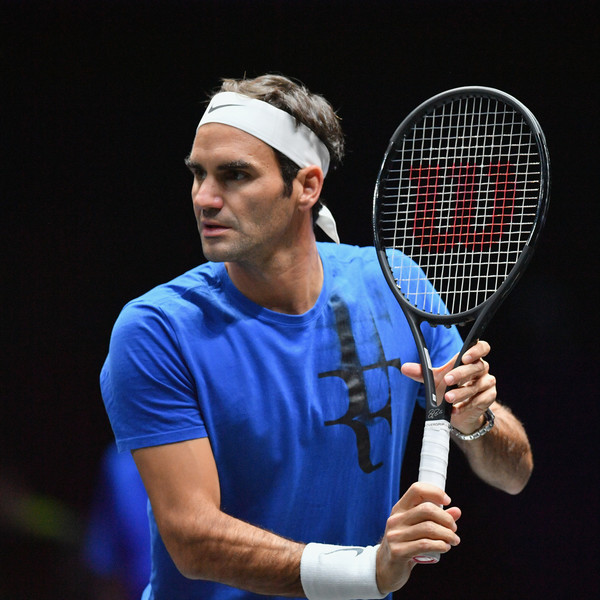 Ranked 6th at the beginning of the season, Roger Federer found the rhythm in February to conquer Marseille and Dubai. The Swiss didn’t play at his best in Indian Wells and Miami, finding his A-game again on clay to capture Munich and reach the final in Rome.

Things weren’t that good on Hamburg and Roland Garros, turning the attention to the grass season and lifting the first ATP title on clay in Halle. Heading to Wimbledon as one of the favorites, Federer lost one set in seven encounters, producing out of this world tennis against Andy Roddick and Mark Philippoussis to lift the first Major crown.

The youngster had the opportunity to become world no. 1 in Montreal and Cincinnati, losing the semi-final in Canada to Andy Roddick and having to wait until next February to grab the ATP throne.

At the US Open, Federer dropped the opening set against Jose Acasuso before bouncing back, dominating against the Argentine who had to retire at the beginning of the fourth set.

In the second round, Roger stormed over Jean-Rene Lisnard 6-1, 6-2, 6-0 in an hour and 17 minutes for one of his most dominant triumphs in New York. The Wimbledon champion gave away 15 points in 11 service games, fending off the only break point he faced and stealing 55% of the return points, enough for seven breaks from 14 opportunities and the place in the third round.

The first break came in the fourth game when Lisnard netted a backhand, suffering another at 1-4 when Roger landed a forehand winner, securing the opener in the next game. “You always have to stay focused in the early stages of every set, which worked fine for me today.

I landed enough of the first serves in and everything worked my way. I didn’t expect to beat him so easily. James Blake is a nice guy; it should be a good and fair match. It will be our first match, in front of a great crowd that should be on his side.

I’m looking forward to that match; it will be a much tougher one than the one I had today. Every next round will be more and more challenging, and I’m focused on Blake now. I met Martina Navratilova at the gala dinner at Wimbledon.

My girlfriend knows her better, as Navratilova inspired her into tennis. It’s always nice to hear positive things from such a champion; it’s a compliment.” Lisnard grabbed two games in set number two but that was all we saw from him, with Roger Federer racing towards the finish line with a bagel in the third set, moving through and setting the clash against James Blake.