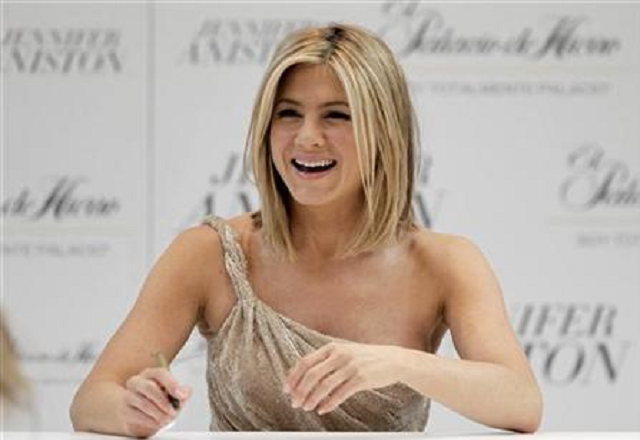 Jennifer Aniston, 52, showed off her incredible flexibility, as she lifted her leg above her head in snapshot that “didn’t make it” to her Instagram account over the course of the past year. It comes as the Friends actress shared a series of moments the didn’t make the cut, but were nevertheless just as memorable to her. In view of her 39.1million followers, Jennifer stunned as she posed in back tights and a black leotard, before kicking up her long legs in a bathroom, proving that she’s still very much got it at 52-years-old.

The actress’ action-packed year saw plenty of sweet shots, including moments with her A-list friends, such as Reese Witherspoon and Jimmy Kimmel. She captioned the post: “The little in between moments of 2021 that didn’t make the feed Happy new year everybody. “Now…onto the next.” The montage included a few selfies, snaps she had taken in her home gym with her dogs and a stunning photoshoot. 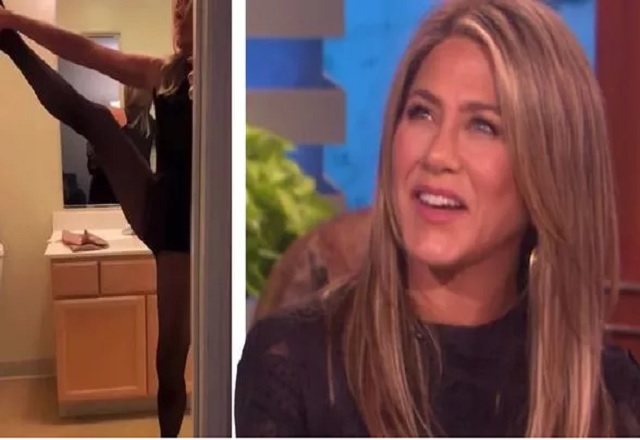 2021 was also the year that Friends fans everywhere were treated to the long-awaited Friends Reunion. The Hollywood star admitted memories of the “hardest time of her life” were stirred up when she walked onto the set. Speaking in a recent candid interview, the star who played Rachel Green shared how it got too much for her at times. As a result, she was forced to “walk off” the set of the show and regroup after it was harder than she thought it would be.

Jennifer admitted she wasn’t prepared for the memories which would come flooding back to her. She said: “I think we were just so naive walking into it, thinking, ‘How fun is this going to be? They’re putting the sets back together, exactly as they were.’ “Then you get there and it’s like, ‘Oh right, I hadn’t thought about what was going on the last time I was actually here.’ 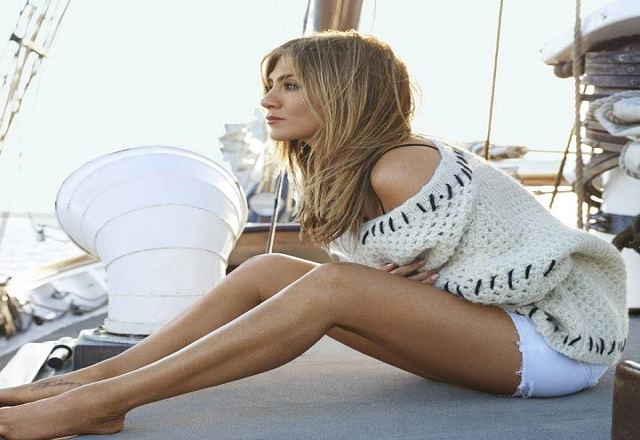 “And it just took me by surprise because it was like, ‘Hi, past, remember me? Remember how that sucked? ‘You thought everything was in front of you and life was going to be just gorgeous and then you went through maybe the hardest time in your life?’

Jennifer then added in the chat to The Hollywood Reporter: “It was all very jarring and, of course, you’ve got cameras everywhere and I’m already a little emotionally accessible, I guess you could say, so I had to walk out at certain points. 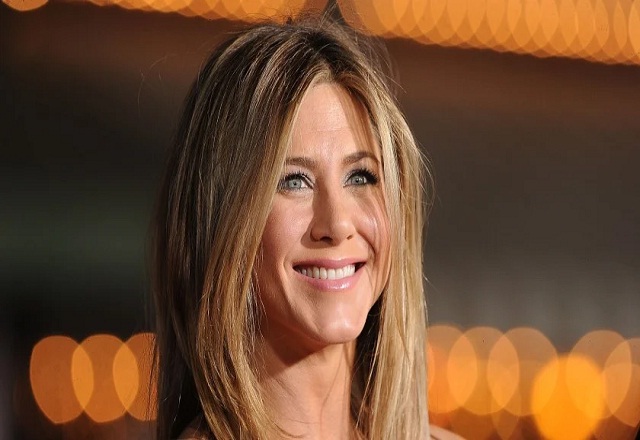 “I don’t know how they cut around it.” As the actress mentioned, in the final broadcast she was not seen leaving at any point. Jennifer elaborated that she was talking about her personal life and what she thought might happen in her future. She added: “It was more personal stuff that I had expectations about that sort of shape-shifted, so to speak.” The final episode of Friends was filmed back in 2004, airing on 6 May of that year.