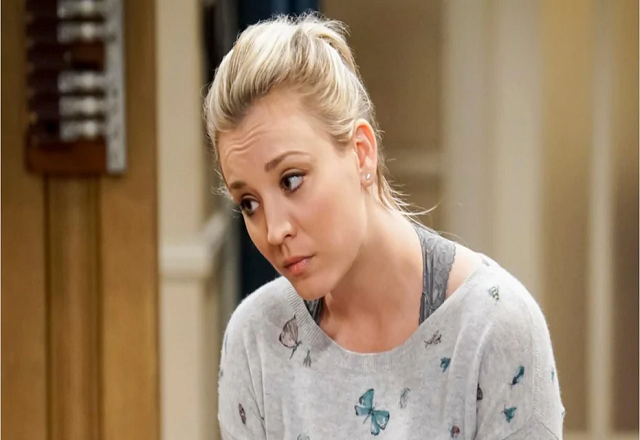 “Norman, you were my entire world for 14 years. Thank you for smiling at me as you left this world, confirming for me once again our language was ours alone. You will always have my heart.”

Cuoco, who named her production company Yes, Norman Productions, shared many photos and videos of Norman in her Instagram Stories with captions such as, “Why is he so perfect all the time” and “Mine.”

The actress and accomplished equestrian, adopted Norman 14 years ago when he was about two years old. At the time, the pitbull mix had a broken leg. However, it was instant love. “I knew right away,” she told the Los Angeles Times in 2017. “I wanted this dog to be in my life.”

The Big Bang Theory alum and her husband, professional equestrian Karl Cook, share numerous pets including dogs, horses, and rabbits, however Norman clearly holds a special place in Cuoco’s heart. “My everything right here,” she captioned a photo of herself and Norman back in March.

Cuoco is also a dedicated advocate for animal adoption, often using her Instagram account to share information about animals in need of homes. “I live by this saying.

I don’t know who quoted it, but it’s like: ‘Who rescued who?’” Cucoco told the Times. “And I just think it’s the sweetest thing. Because it’s true. It changes your life.”

In 2015, Cuuco told Entertainment Tonight that one day, she planned to get a tattoo of the dog as an expression of love. “He’s everything,” she said. “We’ve been through a lot together and, yeah, he’s very near and dear to my heart.”

Related Topics:Resse Witherspoon
Up Next

Naomi Osaka said. “I feel really intimidated when I see serena williams on the other side of the court.”