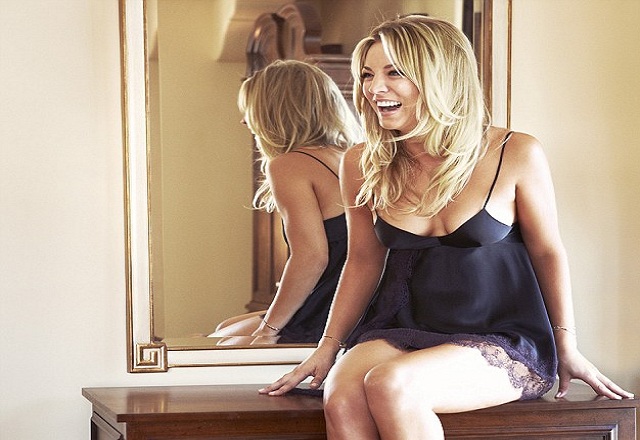 Kaley Cuoco’s week took an emotional turn as she hit the red carpet in Los Angeles to celebrate a major career milestone. The actress completely turned it up for the premiere event for the second season of The Flight Attendant, the show she produces and stars in.

She attended the event in an absolutely breathtaking Dior black dress that featured a crystallized bodice that hugged her waist and a tulle skirt that cascaded in ruffles as she walked. Kaley looked stunning at the event with her blonde hair falling behind her while she attended with her cast and crew mates, including her sister Briana, who has a recurring role on the series, and her close friend and co-star Zosia Mamet.


She shared pictures from the night on social media as well, emotionally penning: “Where do I begin?! We finally got to celebrate @flightattendantonmax last night, and to say I’m proud of everyone is an understatement!” then proceeding to thank her entire glam team. The critically acclaimed HBO Max show will premiere on 21 April, with the trailer having dropped earlier this month to considerable discourse.

Fans are already incredibly intrigued by the plot points of the upcoming season, which see Kaley’s character, Cassie Bowden, find more stability in her life after deciding to sober up and work with the CIA. However, she soon realizes that life may be a little more tangled than she’d hoped, with the trailer even dropping several doppelganger Cassies on us, setting up for a plot that could go anywhere.


The official synopsis for the new episodes reads: “Season two finds Cassie Bowden living her best sober life in Los Angeles while moonlighting as a CIA asset in her spare time. “But when an overseas assignment leads her to inadvertently witness a murder, she becomes entangled in another international intrigue.”

Related Topics:Kaley Cuoco
Up Next

‘She Got Them Cheeks Out’: Halle Berry Sets Social Media Ablaze as She Shows Off This Revealing Number – see photos