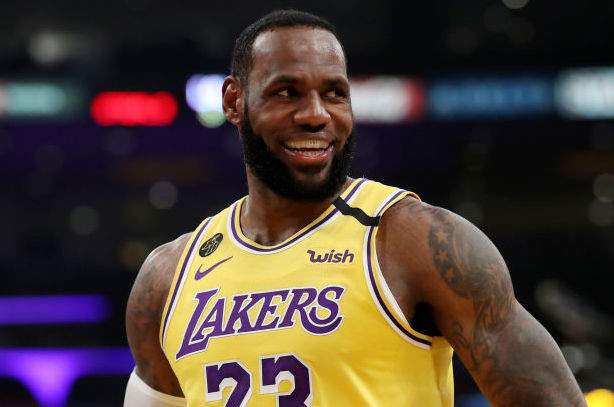 A year ago at this time, LeBron James’ legacy as a Laker wasn’t exactly secure. After the most injury-ridden season of his career, the Lakers had missed the playoffs while trade deadline dysfunction that was (in part) caused by James’ seeming ambivalence over the front office trading any and all of his teammates for Anthony Davis consumed the organization and ultimately helped lead to Magic Johnson’s resignation.

All that was quickly followed by a seemingly botched coaching search in which negotiations fell apart with James confidante Tyronn Lue, all while speculation swirled about who was really in charge of the organization. To paraphrase an infamous Sports Illustrated cover, none of it was fun. 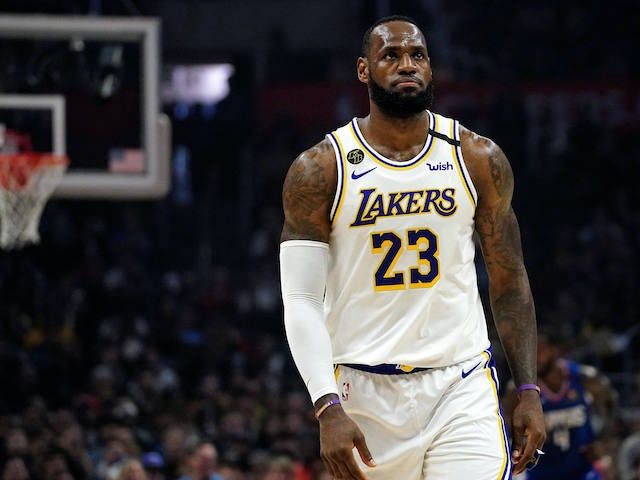 The totality of that was hardly all James’ fault, but wow, what a difference a year makes. If the NBA season wasn’t halted by coronavirus, the (likely) No. 1 seeded Lakers would be in the middle of the first round of the playoffs after James’ MVP-caliber campaign fueled a rise to the very top of the league once the team got him an adequate co-star (in the form of Davis) and more seasoned veteran role players.

James is now averaging 26.5 points, 9.5 assists, 8.2 rebounds and a 1.5 blocks per game since joining the Lakers, all while shooting 50.4% from the field. He has already become the franchise leader in assist percentage, box plus-minus and offensive box plus-minus. It remains to be seen if he’ll play with this team long enough to climb up the franchise leaderboards in any cumulative statistics — as immortal as he seems, he’ll probably age eventually, right? — but at this point he’s been everything he was advertised to be. He also seems to have finally won over the vast majority of the fanbase.

Don’t get that last sentence twisted. When James signed with the Lakers in July of 2018, he turned the direction of the franchise around with just his presence. Most fans realized that and were overjoyed, but there was still a vocal minority who actively voiced some level of skepticism about James, or seemed at the very least a bit slow to fully embrace him as a Laker. 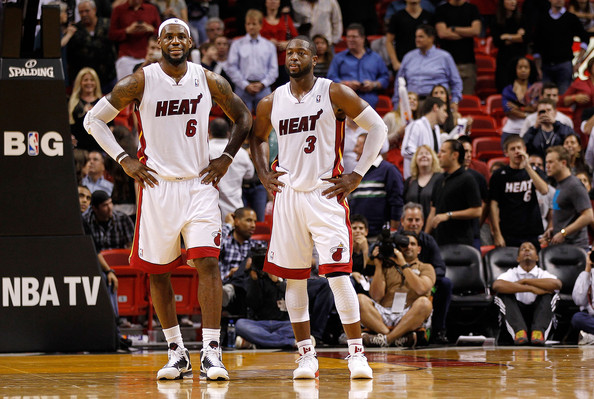 Some of this is likely from the long periods of time when James and Kobe Bryant were battling for the title of best player in the league. It’s naturally harder to embrace someone you used to argue against the merits of or saw as “the enemy.” Those skeptical of James were as loud as ever by the time the end of the 2018-19 season had rolled around. Regardless of injuries, how miserable and dysfunctional that season was hardly helped his reputation locally, at least with many fans I interacted with both in person and online.

It’s also important to remember the context of all this. It wasn’t the case of a star in their prime jumping ship to immediately be embraced by their new franchise. It was an aging (albeit still clearly very good) star heading to a destination they had no historical association with. No one outside of the least reasonable among us was actually calling James the #WashedKing, but he did have something to prove, because all of this was literally unprecedented, which also made it impossible to predict exactly how James’ time with the Lakers would ultimately be remembered.

This season has changed all of that. James is sure to leave a unique legacy whenever his time with the Lakers is done, but this year ensured that it will be an almost entirely positive one. Regardless of if the year finishes or the Lakers are crowned as champions, James delivered on the promise to lead them back to contention, and silenced any cynics who called his Los Angeles stint a retirement program. 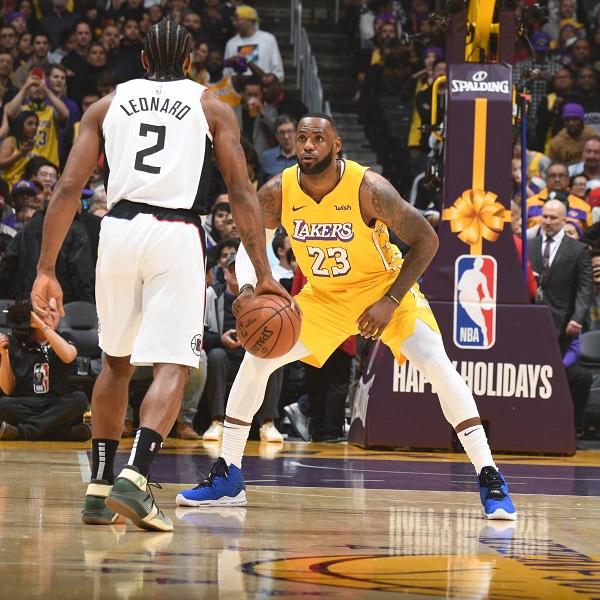 He bought in on defense this season, and carried a massive burden on offense while still suiting up for his team every night possible during an era when that’s become less common for stars (especially ones in their mid-30s). He’s also served as a true leader for the franchise and the community during a trying season.

When Bryant died in January, James put the franchise and city on his back. He may have signed in 2018, but when we remember back in 20 years, those will likely be the weeks when we truly started to think of him as a Laker. 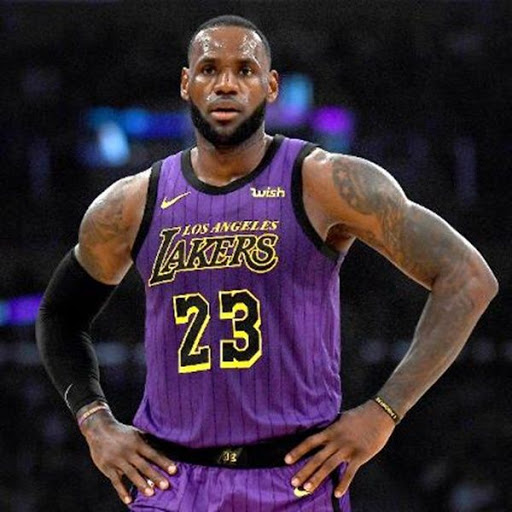 Everyone can recall the biggest gestures. The night the Lakers resumed play, James bared his soul again for the entire world to watch on television, tossing aside prepared notes to directly address a Staples Center crowd that was as forlorn as he was, stepping up at a time when everyone even tangentially connected to the Lakers needed someone to. He showed that he’s not just one of the greatest players to play basketball, but one of the greatest leaders and most empathetic people, too. No matter how the rest of his time here goes, I personally will probably always remember the strength he showed that week as his most impressive and important feat because the stakes were so real and raw.

There were also the smaller moments as James led the franchise and fanbase through their collective grief, both behind closed doors — stepping up and speaking to the entire organization during their first gathering since Bryant’s passing while others struggled to find words — and publicly, getting a tattoo to honor his friend, and making a posthumous promise to Bryant that he would carry forward the team he gave his career to forward.

“I promise you I’ll continue your legacy man! You mean so much to us all here especially #LakerNation,” James wrote in an impassioned and emotional Instagram post just days after Bryant’s death. “It’s my responsibility to put this shit on my back and keep it going!! Please give me the strength from the heavens above and watch over me! I got US here!”

When play stopped this season, James was more than on his way to living up to the words, which might — in addition to his advancing age — be why he has said he “won’t have any closure” if the Lakers don’t get to finish what they started. But whether the Lakers win a championship this season, or in the entirety of James’ tenure, we should never forget James’ approach, and the dedication he’s shown to this team and its fans over the past year.

I was guilty in the past of thinking that James’ nickname, “The King,” was a bit corny or self-indulgent. Most nicknames are, and I’m sure I’m not the only one who ever thought so. But it has likely never been more accurate than it is at this point. From opening a school for underserved children in his hometown to serving as a leader for multiple communities, James has shown himself to be a true statesman (and just like any true world leader, he’s had some flubs, too).

But while James will always be worth appreciating for the totality of his off-the-court work, his level of play and the heights he’s led the franchise back to this season has ensured that his Lakers legacy on the court will always be remembered fondly as well, staking his place as one of the greats of a franchise that’s history is full of them. His story may be far from finalized, the Lakers chapter of it has been officially solidified as one to appreciate, no matter what happens from here.