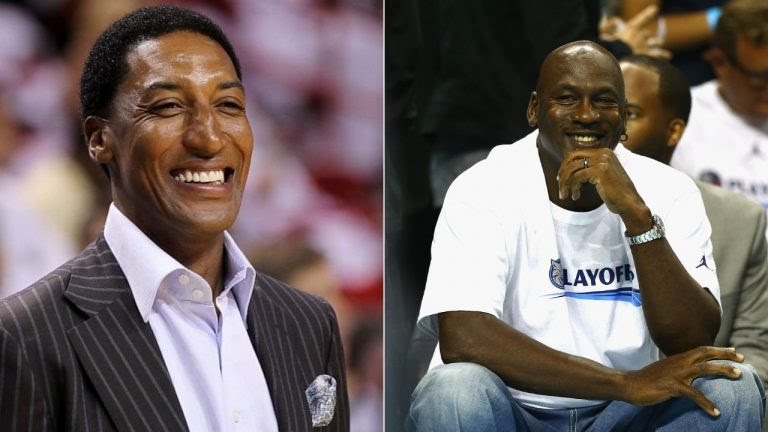 Scottie Pippen tells Karl Malone that the mailman does not deliver on Sundays, prompting Malone to miss both of his free throws.

Michael Jordan’s Chicago Bulls in the 90s produced some of the most iconic moments in NBA history. Everything from electrifying dunks, clutch game winners, and trash talking on and off the court were a part of the Bulls’ two 3-peats.

Though Michael Jordan had most of the aforementioned moments, his teammates did not slack one bit. This was especially true for the ‘Robin to Jordan’s Batman’, Scottie Pippen.

Pippen had several iconic moments of his own too, such as his dunk on Patrick Ewing, him pointing to his Jordans on TV to lure Michael Jordan back to the NBA, and his extremely public dispute with Bulls management over his 7 year/$18 million contract.

However, perhaps the moment which had a lasting effect to this day, would have to be what he told Karl Malone in Game 1 of the 1997 Finals.

The first meeting between the Utah Jazz and the Chicago Bulls in the NBA Finals was a nail-biter. The score was tied at 82 a piece.

With 9.2 seconds left in the ball game, Karl Malone took to the charity stripe for 2 free throws. If he knocked one down, the Jazz would take the lead.

As Malone was about to let his first free throw fly, Scottie Pippen approaches him, and delivers perhaps the greatest trash talking line in NBA history. “The mailman doesn’t deliver on Sundays.”

The Mailman was Karl Malone’s nickname and Game 1 was played on a Sunday. Malone went on to miss both of the crucial free throws.

The game ended with Michael Jordan taking a mid range jumper from the left wing to ice the game for the Bulls, resulting in a Game 1 victory, en route to the Bulls’ 5th ring.

This is why everyone loves JaVale McGee’: Lakers star surprises housekeeper with brilliant birthday celebration