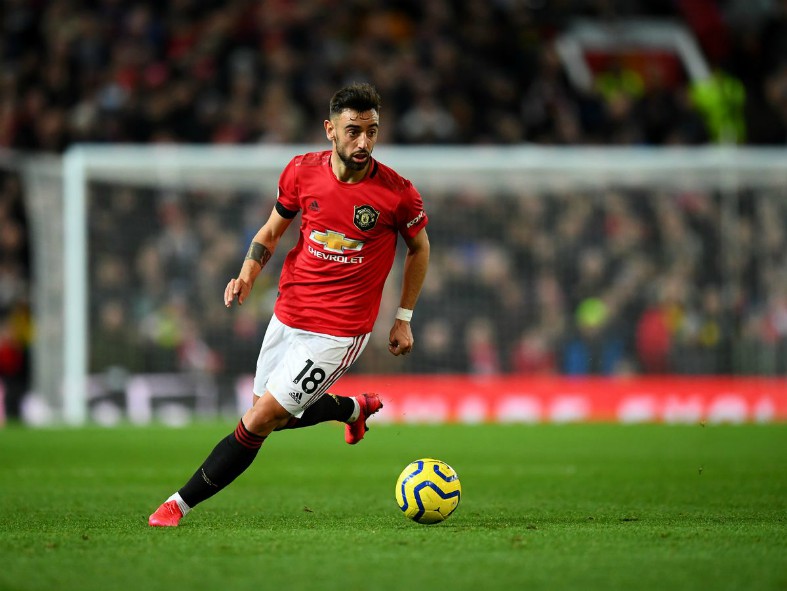 BRUNO FERNANDES has hailed Cristiano Ronaldo as the best player in the world but just a smidge ahead of Lionel Messi.

The 25-year-old has followed in the steps of his Portugal team-mate in sealing a move to Old Trafford from boyhood club Sporting Lisbon.

Fernandes has hit the ground running at Old Trafford since his £55million switch in January – with the midfield maestro being directly involved in eight goals in 11 appearances.

The Red Devils ace revealed that a chat with Ronaldo helped convince him to join United, with the pair friends from their time spent together with Portugal’s National team.

And it comes as no surprise that the Old Trafford star has chosen his fellow compatriot as the best in the world after wading in on the never ending GOAT debate.

Fernandes told SoccerBible: “As a person from Portugal, every time someone mentions your name with Ronaldo, you just have to be grateful.

“I didn’t see Pele play so I can’t say he was the biggest player in the world. For me, Cristiano is the best I’ve ever seen.

“Messi and Cristiano are the best. You can’t say they are not the best players in the world. You can like one or there other.

“Italian people may like someone like Pirlo, English people may like Beckham more, you have your choice but what these two players have done for football (Messi and Ronaldo) is impressive.

“Cristiano is a Portuguese guy like me, I need to enjoy him. He is the best for me.

“When I arrived at Manchester United, people in the kitchen would say, ‘do you know, every day when Cristiano came in he would go around and say good morning to everyone’. Two ladies come to me every day and say ‘You know Cristiano did that, you need to do the same'”.

Fernandes recently hailed Ronaldo as his “idol” for giving him advice before sealing his move into Ole Gunnar Solskjaer’s side.

Juventus forward Ronaldo scooped three Premier League titles, the Champions League, and the first of his five Ballon d’Or’s with United before completing a then world-record £80m transfer to Real Madrid.

And it is a mark of how much of an impact Fernandes has already made at the club that fans have adorned him with a song that compares him to CR7.

The Portuguese Magnifico notes that his move to United was like a dream come true.

He added: “Manchester United are one of the biggest teams in the world. You need to respect the history of a club like this.

“When you join, you have to think about all those big players who have played there. Eric Cantona, Ryan Giggs, Paul Scholes, David Beckham, Cristiano – I could stay here for a long time listing them.