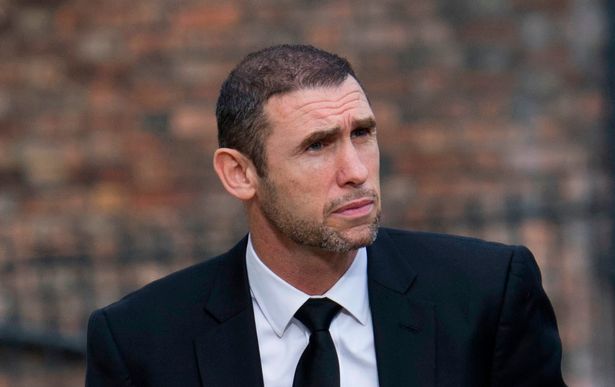 Martin Keown has urged Arsenal to get rid of Shkodran Mustafi and David Luiz this summer as Mikel Arteta rebuilds his team.

Luiz joined the Gunners in the summer after Frank Lampard refused to guarantee him playing time at Stamford Bridge.

The Brazilian hardly did anything right in his first few months as an Arsenal player, but he has been impressive under Mikel Arteta.

Shkodran Mustafi has been at Arsenal since 2016, yet the German has never been a crowd favourite because he always looks to be one pass away from making a mistake.

He has similarly looked good under Arteta this year, but Keown doesn’t think that both defenders can partner successfully at Arsenal.

He questioned why Arsenal would pay that much for Luiz if they wanted him for just a season before admitting that he understood why the club would be hesitating to give him a new deal.

He told Jim White on talkSPORT: “David Luiz concerns me because if you’re going to pay £7m for him and give him £5m wages and he’s only going to be there for one season, I’m not sure about the wisdom of that.

“Is he a proper defender? Can he play in a back four? His best defending came when he was in a back three at Chelsea when they won the Premier League [in 2016/17].

“It’s the most crucial area which he [Mikel Arteta] has to get right.

“Holding’s been injured, it’s hard to judge him, probably deserves another opportunity. I think that Sokratis could be a useful defender but I can understand the uncertainty of giving David Luiz a new deal.

“Do they now start to be harsh and make those key decisions? If David Luiz isn’t the answer, then he has to go now.

“He doesn’t enjoy being in wide positions in the back four, he tends to bring people down and Mustafi, although Arteta has got a bit of a tune out of him but we know Mustafi isn’t quite at the level as well.

“You go to a football club, you have to make your mark and if it doesn’t happen you have to hold your hands up. I think both players will have to do that… I can’t see that being a long-term partnership in the Arsenal defence.”