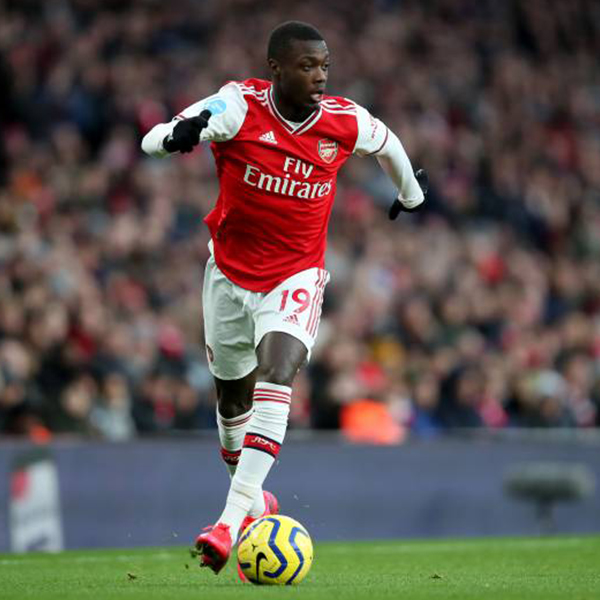 When Arsenal announced the signing of Nicolas Pepe from Lille in August, the Gooners went into a frenzy. The possibility of the front-three of Pierre-Emerick Aubameyang – Alexandre Lacazette – Pepe starting together in the Premier League was mouth-watering for the Arsenal fans. But it has turned into an absolute nightmare on the contrary.

The trio has only started 4 games together in the Premier League this season and the reason is far from Lacazette’s persistent injuries. The reason has been Pepe’s inconsistency.

Pepe had scored 22 goals and provided 11 assists for Lille in Ligue 1 in the previous season. This put Arsenal’s attackers in the same season to shame, because none of them had statistics even close to Pepe’s 33 goal involvements. 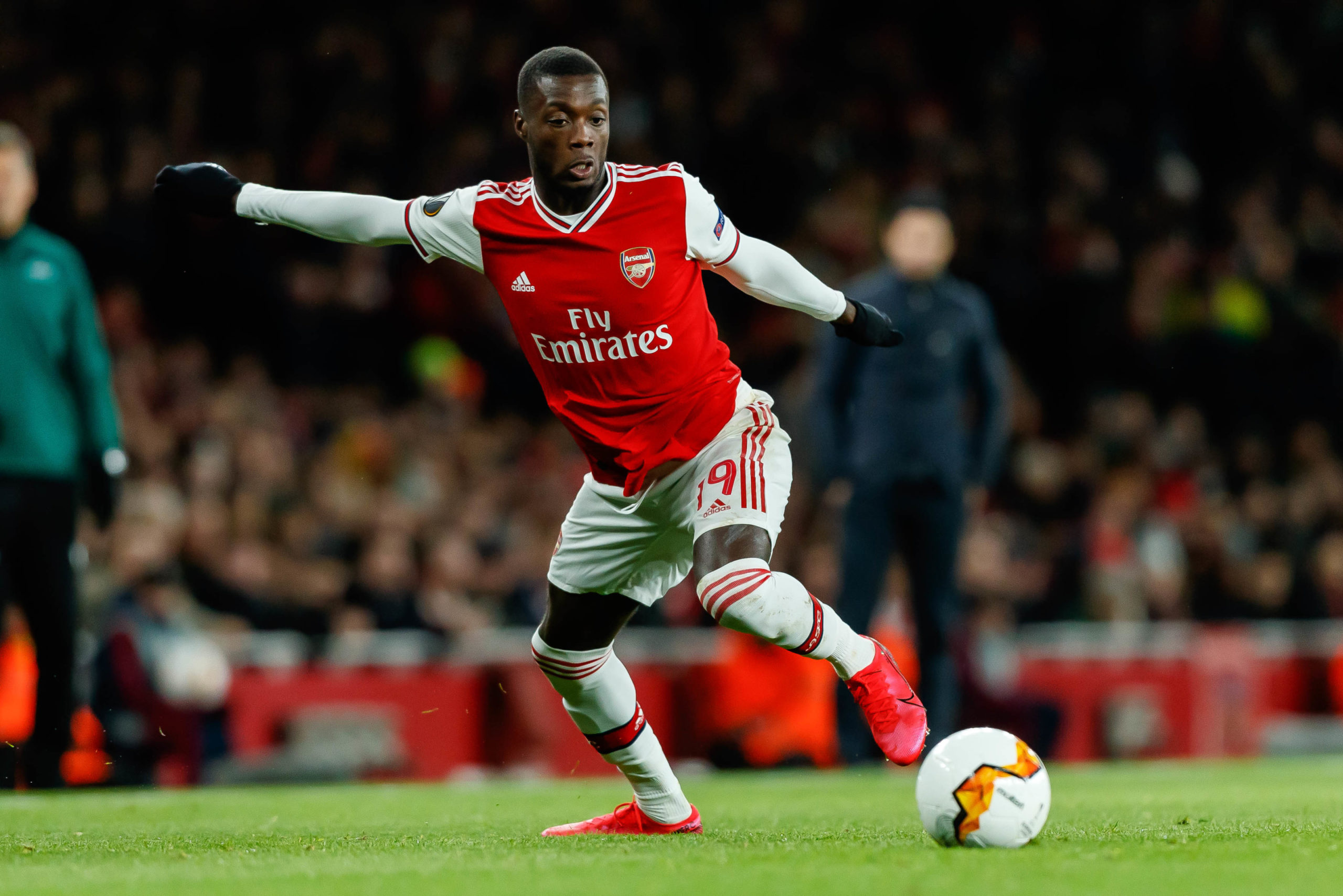 Emery’s Tactics and Pepe’s Incompatibility
Clearly, Unai Emery wasn’t made for Arsenal. Especially after taking over from the club’s godfather, Arsene Wenger, after the French coach’s 20 years serving the club.

The irony is that right from the club’s fans to the other English clubs’ followers, all of them believed that the Arsenal Board were patient enough to give Emery the much needed time to settle in London. But consistent failures week-in week-out forced the Board to take a call to part ways with him earlier this year.

One of the big repercussions of Emery’s struggle at Arsenal was that the new striker from Lille looked like a rock among diamonds in the star-studded attacking lineup.

Emery’s tactics needed Pepe to drop deeper for some parts of the game. This was opposite of his time in France. At Lille, the 24-year-old was either a poacher or running the flanks.

Rise of the Young Guns
Another big part of Pepe’s struggle in his first season this year has been the upcoming talents from Arsenal’s academy. The rise of exceptional talents like Joe Willock and Gabriel Martinelli put Pepe’s starting eleven spot in danger.

Martinelli has been a revelation for Arsenal in his meagre starts towards the last few games. His solo goal against Chelsea was the final nail in the coffin for Pepe’s building confidence.

With Mikel Arteta in-charge now, there is no doubt that the Spaniard will look to promote youth talent. He has repeatedly heaped praises and revealed his plans for developing the academy starlets in his interviews.

This puts Pepe’s future in danger.

Pepe’s Personality & Position
The striker who usually loves to play in his preferred poacher position is an excellent dribbler of the ball. Despite him failing to impress the Premier League fans this season, many of the critics and rival club fans have been impressed with his dribbling abilities.

Nicolas Pepe can flourish in a free-floating role higher up the field and can be an excellent option on either of the wings. He can also be deployed as a sole striker, but this takes away the opportunity of using his dribbling abilities on the flanks.

With young players like Bukayo Saka shaping up well as wing-backs in the red half of London, it is almost certain Arteta could use Pepe as a target man up-front on various occasions.

He is a vibrant personality who is unfazed to take on players on-field. This was revealed in his encounters with Van Dijk and Harry Maguire. His performance against Manchester United was an all-round performance. The freedom given to him by Arteta in that very game proved lethal.

Will the Pepe-Arteta Combination Work?
Pepe, who had had a horrendous first half of the season trying to adapt to life at his new club, was just getting closer to his real form before Coronavirus struck the world.

Under Arteta, he still has to cement his position in the starting eleven, but his statistics of the Arteta era when compared with the Emery era have been an upgrade. Though, there is still a long way to go to impress the Spanish manager who switched from Etihad to Emirates earlier in February.

Rumours surrounding Pierre-Emerick Aubameyang’s intentions to leave the Gunners have started fuelling up recently. If the Gabonese International leaves this summer, Arteta will have no choice but to develop Pepe into a regular starter.

On the other hand, expectations from Pepe will also increase amongst the Arsenal loyal. Will he be able to put up with the expectations? Will he replicate his Lille statistics in the Premier League? Only time could tell.

But its almost certain that Nicolas Pepe is a striker of umpteen calibre waiting to explode.

Mesut Ozil will not leave Arsenal this summer