Arsenal winger Nicolas Pepe has had a tough first season in the Premier League.

Despite flashes of his raw talent, Pepe has struggled to string together a consistent run of form since his club record £72million move from Lille last summer.

He has been expected to kick-on and go from strength to strength under Mikel Arteta, who took over from Unai Emery in December.

But he could now be facing a threat from rising star Reiss Nelson.

Arteta has previously labelled Nelson a “special talent” – and he was handed a spot in his starting line-up on the right flank in a 6-0 friendly win over Charlton at the Emirates on Saturday.

That could indicate the academy graduate having an increased role moving forwards after impressing Arteta, leaving Pepe’s place in the side under threat after being in and out of the line-up. 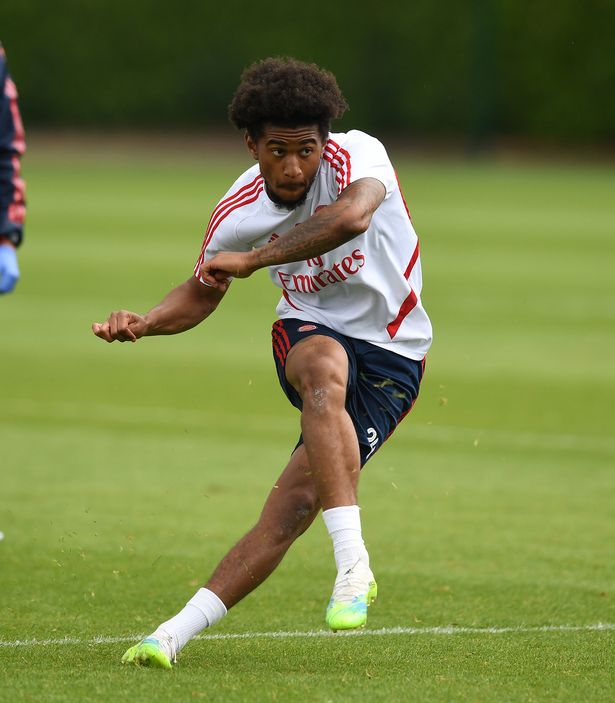 Nelson impressed on loan in the Bundesliga last season with Hoffenheim to earn a recall to Arsenal’s first team squad.

He was brought back into the fold in the Premier League as a substitute against West Ham prior to the coronavirus pandemic having impressed Arteta in a young side which beat Portsmouth in the FA Cup.

After that game, a clearly impressed Arteta declared: “We have pace in a few players up front, and Reiss [Nelson] is a special player and can eliminate players one on one.

“He’s been out for a while but he’s back now and he showed what he’s capable of doing.

“I’m really enjoying working with this group of players. It’s a process. I know everything has to be today or yesterday but in football it doesn’t happen like this.

“I’m seeing a lot of things I’m happy with but there is a lot of room to improve.”

Back in February, Nelson himself outlined how he envisioned Arteta turning him into a top class star.

He told the Guardian: “Now is a great time to have him as a manager because he understands what I am good at. He’s going to give me the encouragement when I need it, and if I am not doing the right stuff he is going to tell me.

“I have all my belief in Mikel and I think he is going to make me into a top player.”

The Australian Open will provide Novak Djokovic with ‘a big chance’ to get him back into the Grand Slam race, says Radmilo Armenulić.

The world number one lost ground to Rafael Nadal at Roland Garros earlier this month with the Spaniard beating him in the final to win his 20th Grand Slam and draw him level with Roger Federer on the all-time list.

Djokovic, by comparison, is on 17, but he has a supreme record in Melbourne, and former Serbia Davis Cup captain Armenulić has warned against writing him off just yet.

“There are many stories that the Grand Slam will not be played in Australia, which is Novak’s great chance for a new, 18th Grand Slam title, which would completely return him to the race,” Armenulić told alo.rs.

“If the tournament still takes place, which we all hope, the least Novak will do is settle with Federer in terms of the number of weeks at the top of the ATP list.

“Nole is already warming up for such a scenario, I see that he will play in Vienna, win that tournament and calmly wait for the end of the season.

“I am sure that Novak has already recovered from the crisis, while Nadal will only be able to endanger him at the Masters in Paris.”