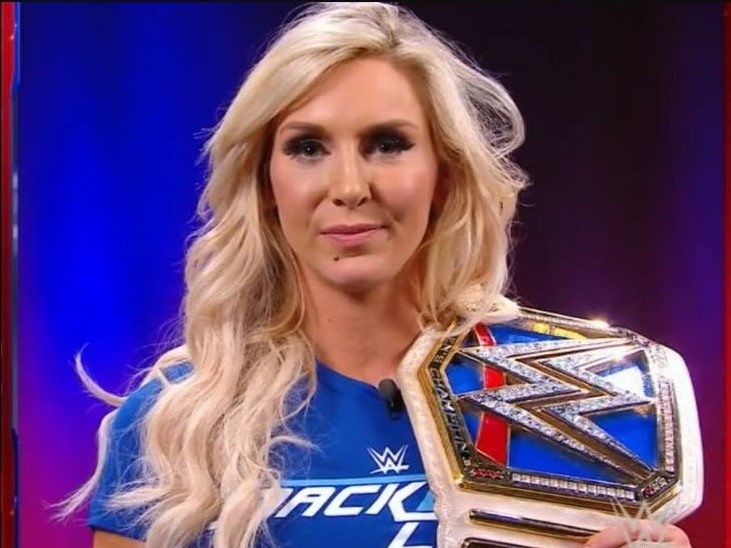 CHARLOTTE FLAIR hit out at a “stupid ass” WWE fan for telling her to give up the title for fellow wrestler Naomi.

Fans on Twitter were rallying for Naomi to receive greater on-screen storylines.

Flair even backed her rival on Twitter, but lashed out at a fan who called for her to give up a title to Naomi.

She responded: “Oh my gosh! I hadn’t thought of that!!

“I could just tell them to change it! As long as I have them on the phone, who should I ask them to make tag champs? Universal?

Of course Flair, daughter of legend Ric, has little to no say in any storyline the WWE produces.

But she did decide to take time out of the ring to for surgery and some personal time off.

Flair has been a near constant in the promotion since signing in 2012.

But the Japanese’s trademark “Asuka Lock” was enough to get the submission.

LeBron James On Kobe Bryant: ‘A Day Doesn’t Go By When I Don’t Think About Him’

WRESTLING GONE MAD WWE Extreme Rules: Rey Mysterio’s eye pops out on live TV – here’s how they did it