Novak Djokovic has tested positive for coronavirus in the wake of the Adria Tour events he helped organise in Serbia and Croatia this month.

The world No 1 was the face behind the Adria Tour, a series of exhibition events that started in the Serbian capital and then moved to Zadar, Croatia, last weekend. 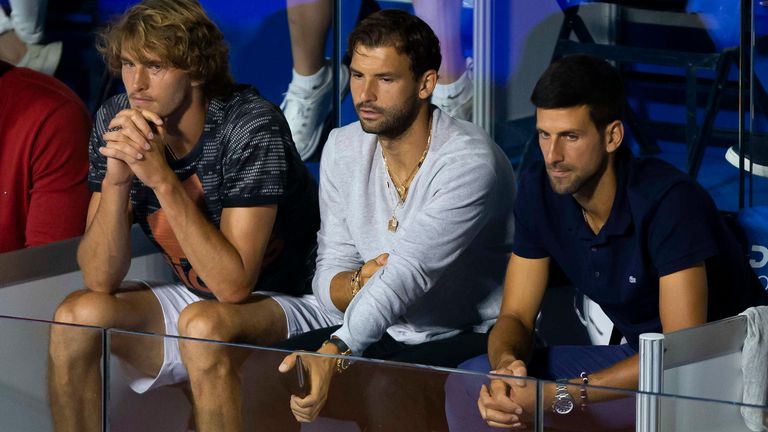 He left Croatia after the final was cancelled and was tested in Belgrade, with that test now returning a positive result.

Djokovic said in a statement on his website: “I am extremely sorry for each individual case of infection. I hope that it will not complicate anyone’s health situation and that everyone will be fine.

“The moment we arrived in Belgrade we went to be tested. My result is positive, just as Jelena’s, while the results of our children are negative.

“Everything we did in the past month, we did with a pure heart and sincere intentions. Our tournament meant to unite and share a message of solidarity and compassion throughout the region.”

Grigor Dimitrov also tested positive for the virus, while Borna Coric – who played the Bulgarian on Saturday in Zadar – later confirmed that he too has tested positive.

Viktor Troicki and his pregnant wife have also returned positive test results after he played in the series. 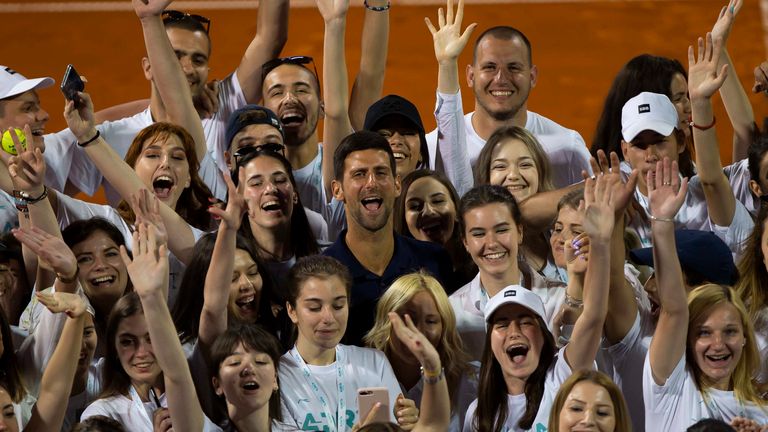 The second event of a series of tournaments was held in Croatia, which eased lockdown rules and meant players did not have to socially distance with players hugging at the net, playing basketball, posing for pictures and attending press conferences together.

Djokovic added: “The tour has been designed to help both established and up and coming tennis players from southeastern Europe to gain access to some competitive tennis while the various tours are on hold due to the Covid-19 situation.

“It was all born with a philanthropic idea, to direct all raised funds towards people in need and it warmed my heart to see how everybody strongly responded to this.

“We organised the tournament at the moment when the virus has weakened, believing that the conditions for hosting the tour had been met.

“Unfortunately, this virus is still present, and it is a new reality that we are still learning to cope and live with.

“I am hoping things will ease with time so we can all resume lives the way they were.”

Several players have been outspoken in their criticism of the events, with Nick Kyrgios calling it a “boneheaded decision” to play and Dan Evans saying: “I think it’s a poor example to set even if the guidelines in that country are not two metres, it’s not a joke, is it?

“Even if the guidelines were taken away in this country to normal I will still be trying to keep myself out the way as much as I could from other people.”

The Australian Open will provide Novak Djokovic with ‘a big chance’ to get him back into the Grand Slam race, says Radmilo Armenulić.

The world number one lost ground to Rafael Nadal at Roland Garros earlier this month with the Spaniard beating him in the final to win his 20th Grand Slam and draw him level with Roger Federer on the all-time list.

Djokovic, by comparison, is on 17, but he has a supreme record in Melbourne, and former Serbia Davis Cup captain Armenulić has warned against writing him off just yet.

“There are many stories that the Grand Slam will not be played in Australia, which is Novak’s great chance for a new, 18th Grand Slam title, which would completely return him to the race,” Armenulić told alo.rs.

“If the tournament still takes place, which we all hope, the least Novak will do is settle with Federer in terms of the number of weeks at the top of the ATP list.

“Nole is already warming up for such a scenario, I see that he will play in Vienna, win that tournament and calmly wait for the end of the season.

“I am sure that Novak has already recovered from the crisis, while Nadal will only be able to endanger him at the Masters in Paris.”