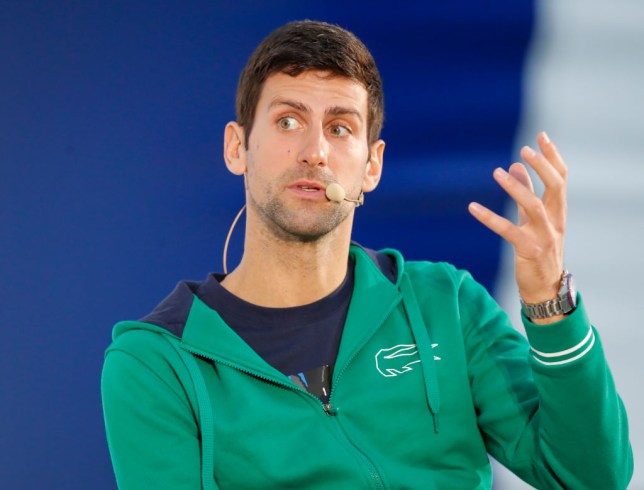 World No.1 Novak Djokovic says he has called the lineswoman involved in his US Open default to check up on her, but says he cannot promise a similar incident won’t occur again.

Djokovic’s default turned the US Open men’s singles draw on its head after he hit a ball towards the back of the court during his clash with Spain’s Pablo Carreno Busta.

Speaking for the first time since his exit from the tournament, Djokovic admitted that he had acted in a similarly reckless manner on previous occasions in his career. 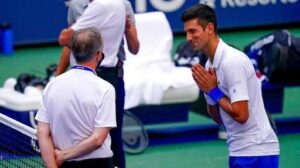 Novak Djokovic debates the US Open tournament referee before being defaulted. (AP)

It’s not completely out of the blue,” he said at the Italian Open in Rome.

I cannot promise or cannot guarantee that I will never ever do anything similar to that in my life.

“I’m going to try my best, obviously, but anything is possible in life.”

Djokovic added that he has attempted to work on his temperament in order to be able to control his emotions more effectively on the court in trying moments.

“I’m working mentally and emotionally as hard as I am working physically,” he said. 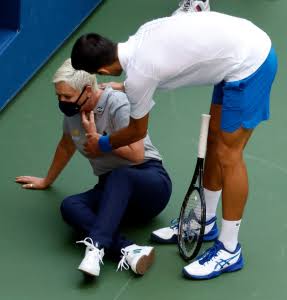 “I’m going to take this in as profound as possible for me as a big lesson.

“It’s just one of these things that is just unfortunate and happens. You have to move on.”

However, the 32-year-old did admit that he had accepted his unfortunate exit.

It was totally unexpected and very unintended as well,” Djokovic said.

“When you hit a ball like that you have a chance to hit somebody that is on the court.

“The rules are clear. So I accepted it. I had to move on and that’s what I did.

“Of course I did not forget about it. I don’t think I’ll ever forget about it, because it’s one of those things that stays in your memory for the rest of your life.

“But I don’t think I’ll have any major issues coming back to the tour and being able to perform well and hit the tennis ball.”

LA County Sheriff Calls On LeBron James To ‘Step Up To The Plate’, Double Reward To Find Gunman In Deputy Ambush

Tennis: 7 things to know about US Open champion Dominic Thiem