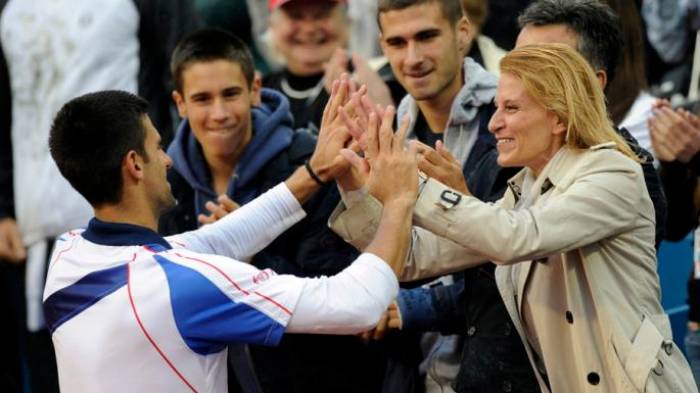 From the year of the first Roger Federer’s title (Wimbledon in 2003) to the present day, the Swiss and Novak Djokovic have won a total of 37 of the 69 Grand Slam titles, twenty for Roger (absolute record), seventeen for the Serbian.

At the 2019 Wimbledon Championships, Nole won his sixteenth Grand Slam, defending his title to win the tournament for a fifth time by defeating Roger Federer in an epic five set final that lasted four hours and fifty seven minutes, the longest in Wimbledon history.

Djokovic saved two championship points in the fifth set en route to winning the title and the match also marked the first time a fifth set tiebreak was played in the men’s singles of Wimbledon at 12 games all. During a new interview with Serbian outlet Sport Blic, Djokovic’s mother Dijana was scathing in her criticism of Roger Federer.

She revealed how the Swiss star acted arrogantly in an already lopsided situation for her son who put all his faith in God in the situation. “I saw a lot of matches, but Wimbledon was the most difficult last year. In a stadium where everyone was cheering on Roger Federer, we were just a handful of fans for Novak.

It’s not nice that I’m annoyed by Federer or others at such moments. But it annoyed me because Federer is a bit arrogant. When Federer had two match balls, I grabbed my cross from the Don river. I am a believer, I wear the amulet all the time, it often saved me in difficult moments.

I said to myself: ‘Nole, you can do it, you’ve done it twice, you can do it again.’ He did it. He was saved by God. Novak also believes in God, he feels chosen. He carries a cross that brings him peace and happiness. It is from the Greek monastery Hilandar. He says his prayers morning and evening” – she said.

In Novak Djokovic’s words: ‘I feel comfortable at Wimbledon, it is the most..’