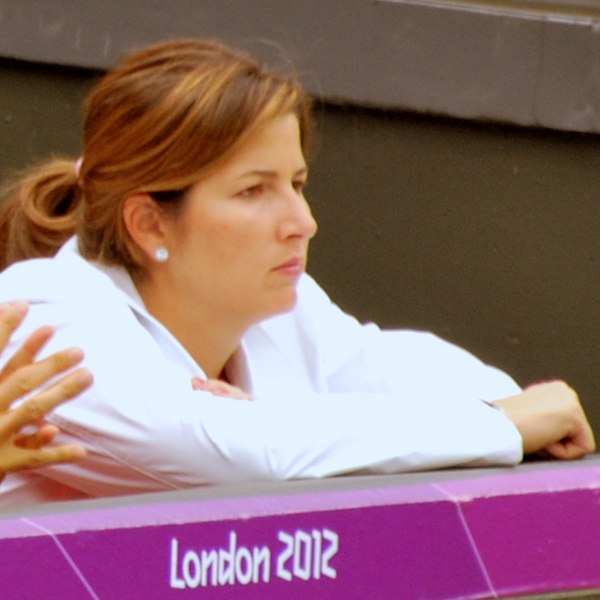 Who is Mirka Federer?
Federer’s wife represented Switzerland during her tennis career, but was actually born in Slovakia before emigrating at the age of two.

She is known for being an Olympian and has participated at all four Grand Slam venues.

After failing to recover from a persistent foot injury, Mirka became Federer’s public relations manager and handled much of his media affairs.

Mirka has been in the crowd for all of Federer’s greatest moments although in recent years she has been forced to miss the occasional match due to pregnancy. 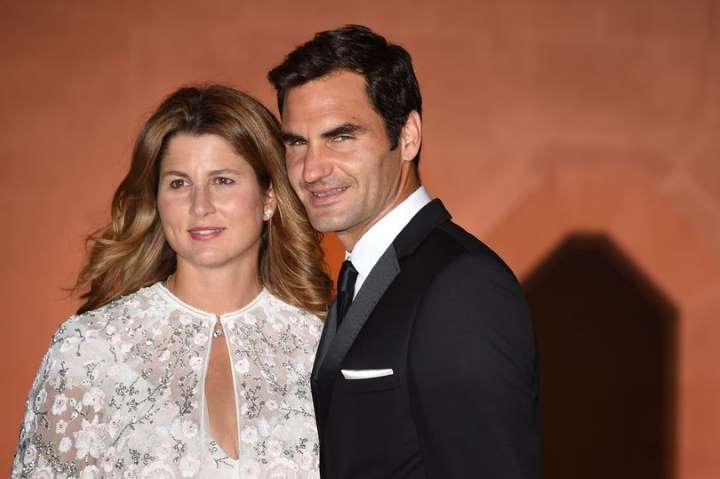 What are Mirka Federer’s biggest sporting achievements?
Mirka has competed at the US Open, Wimbledon, the French Open and the Australian Open.

At these Grand Slam events, she won four matches out of nine.

The Olympian and tennis star was victorious at three major events in Tel Aviv, Klosters-Serneus and Clearwater, USA.

She also won a tournament in Langenthal, Switzerland in 1993.

How long has Mirka been married to Roger Federer?
The happy couple first met at the 2000 Sydney Olympics, where they were both competing.

They tied the knot at Wenkenhof Villa in Basel, Federer’s hometown, in April 2009.

The pair didn’t opt for a lavish affair, instead choosing an intimate ceremony and only inviting close family and friends.

How many children do Mirka and Roger Federer have?
Mirka decided to take on a less high profile role after giving birth to the couple’s two sets of twins.

The Federer couple have twin girls Charlene and Myla – born in 2009 – and twin boys Lenny and Leo, who arrived in 2014.

Speaking shortly after the birth of his sons, Roger said Mirka is the reason that the family are able to travel the world.

“We have the grandparents as well and all my team members, they sometimes just tag along.

“Clearly we also need some help on the road, so Mirka can have an opportunity sometimes to sleep in a little bit, or come to watch one of my matches.

“You need to be well organised, but by now we know how it works.”

RAF PLAN: Rafael Nadal reveals plan for 2020 is just to stay fit as he hunts down Roger Federer record after injury nightmares

All in all, it has been another fabulous year for World No.1 Novak Djokovic. One Grand Slam title, two Masters 1000 titles and he has consolidated his position at the number one spot in the ATP rankings. Djokovic is eyeing another record that he could match at the end of the 2020 season.

Djokovic now will most likely match Pete Sampras’ record of having the most number of year-end World No.1. Sampras has held the year-end number one ranking six times in his career. The ‘big 3’ of Novak Djokovic, Rafael Nadal, and Roger Federer are tied with five. So Djokovic could jump his arch-rivals and go equal with Sampras.

Novak Djokovic in the 2020 season till now

The Serbian jumped Nadal in the rankings early on in the season. After a bad Australian Open, Nadal lost a considerable amount of points and Djokovic won the Australian Open which helped him regain the number one ranking. After the season restart, Djokovic won the Cincinnati Masters which earned him points. Later he added the Italian Open and then by reaching the finals at French Open 2020, it helped Djokovic forge a huge gap from second-place Rafael Nadal. Djokovic is currently on 11,740 points to Nadal’s 9850.

Barring 2016, the big 3 have held the year-end number one ranking since 2004. In 2016 after a magical year from Andy Murray, the Brit held the number one ranking for the first time and ended the season ranked number one. He had won 9 titles including one Grand Slam title and he retained his Olympic gold medal at the 2016 Rio Olympics.

With the year-end number one ranking almost a certain for Djokovic, the Serbian has a longer goal of surpassing Federer’s record of most weeks as World No.1. Djokovic is into his 291st week as World No.1 and he is just 19 short of Federer’s 310.