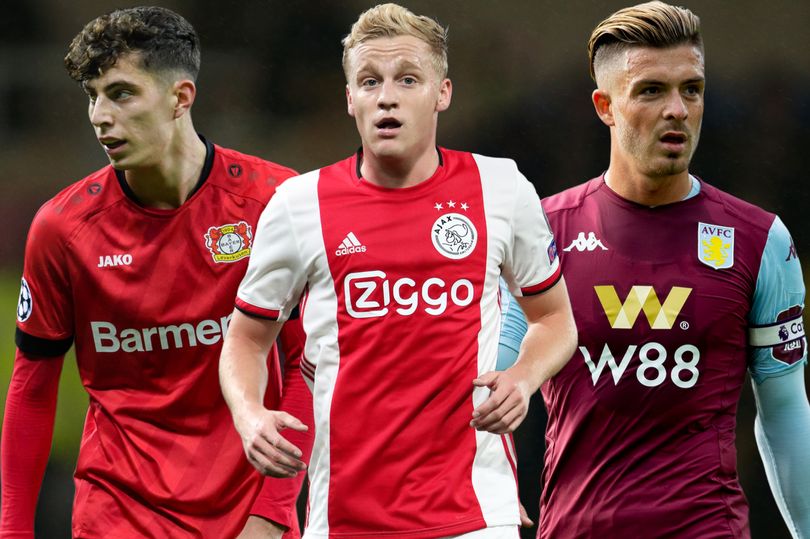 Man Utd are eyeing a new playmaker in the summer transfer window and have a choice between three great players.

Manchester United are aiming to sign a new playmaker this summer but they may have a tough decision to make with three options to choose from.

M.E.N. Sport understands that United plan to press ahead with their transfer plans this summer, despite the obvious concerns and financial uncertainty following the coronavirus pandemic.

Ole Gunnar Solskjaer would ideally like to add a winger in Jadon Sancho and a centre-midfielder in Jude Bellingham to his squad, but he is also after a playmaker to further enhance his side’s attacking might.

Aston Villa captain Jack Grealish has emerged as the top target, with United prioritising him over Leicester City’s James Maddison, and making their interest known to relegation-threatened Villa in January to steal a lead on any competitors for his signature.

While M.E.N. Sport understands that Grealish remains United’s first-choice playmaker, Solskjaer may face a dilemma as two other potential targets have emerged.

M.E.N. Sport understands that Bayer Leverkusen star Kai Havertz is open to a move to Old Trafford this summer and United have been impressed by the 20-year-old’s brilliant form in the Bundesliga this season.

Ajax’s Donny van de Beek is also a player that has been under consideration in the past, with former United goalkeeper and Ajax CEO, Edwin van der Sar, confirming United’s interest at the weekend.

As much as they may want to, United won’t be able to sign all three of the talented trio this summer, especially with the arrival of Bruno Fernandes in January, and may have to settle for just the one – leaving Solskjaer with a dilemma on who to pick.

Here’s who our Manchester United writers reckon the club should sign this summer:

Rich Fay
United know it won’t be a typical transfer window this summer, but they can’t let that distract them from the fact they still need a right-winger and an attacking midfielder. In an ideal world they would sign both, but Ed Woodward might need to get creative at the end of the season.

Donny van de Beek is the most experienced option given his success in both a resurgent Ajax side and a rejuvenated Dutch national team, while Jack Grealish has the domestic experience to boot.

However, there is fair argument to suggest Kai Havertz should be the priority given his ability to play on either the right-wing or as the attacking midfield option. Not only has he has the best individual season out of the trio, but he is actually keen on a move to the Premier League and Bayer Leverkusen know they need to sell this summer. 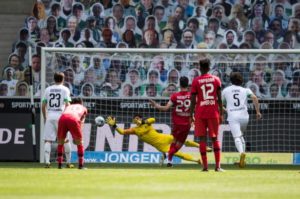 Kai Havertz has scored five times since the Bundesliga restart

Havertz is not only a top talent but he would kill two birds with one stone, so to speak, and his signing should be made essential if United come unstuck in their pursuit of priority target Jadon Sancho.

Dominic Booth
Jack Grealish appeared to be the ideal United transfer target, especially after his immense display for Aston Villa at Old Trafford in December when he scored a stunning goal beyond David de Gea. When it emerged that United were interested it made perfect sense; Grealish has the ability, confidence and leadership qualities to thrive under Solskjaer.

But despite all that, Donny van de Beek is a difficult player to ignore. Given his age – younger than Grealish at 23 – his Champions League experience and his versatility, it’s clear that United should make the Ajax star a priority in the transfer market. Van de Beek is a player of great subtlety, grace, but also high-energy. You can imagine him adapting well to the Premier League.

And while Havertz is clearly a talent and Grealish should be considered, the Dutchman might just be the best of the three options.

Daniel Murphy
With the pursuit of Jadon Sancho almost guaranteed to take up a massive chunk of United’s summer transfer budget, there will be a need for Ed Woodward and co to be shrewd with their other dealings.

Kai Havertz looks set to be one of the top players in the world for the next decade and Donny van de Beek has already proven how good he is on the highest stage. Both would be excellent additions but both would more than likely also fetch a very high price.

Which would make Grealish the smartest option for United this summer, even if he isn’t quite as gifted as the other two candidates. With Aston Villa in threat of relegation there’s a real chance of getting their captain at a cut-price fee should they return to the Championship.

That’s not to downplay how good Grealish is, either. Despite playing in a poor side he has still managed to score nine goals and create eight more as well as dragging his side to a Carabao Cup final.

His experience in the Premier League means it should take him less time to settle and his versatility – able to play as a playmaker, on either flank or as a midfielder – makes him an ideal option for Solskjaer and he should remain the priority despite the temptation of exciting talent elsewhere.

Sadly, the days of Roger Federer challenging for top prizes are inevitably coming to an end