Tennis star Naomi Osaka posted a new series of photographs to her Instagram page on Saturday morning that sparked a lot of interest among her followers. The 23-year-old U.S. Open champion uploaded an array of snapshots showing her on an adventurous trip, and fans went wild over them.

The geotag for Naomi’s series of pictures noted that these were taken in Haiti, and she added a bit of context to her caption. She said that these were shot during a trip to the area and she uploaded several gorgeous glimpses into the countryside of her father’s homeland.

According to Tennis Tonic, the visit to Haiti is to film footage for a Netflix docuseries.

The first snap of Naomi’s post showed her standing in a scenic location. A body of water could be seen behind her and there were grassy hills off in the distance. She stood on what seemed to be a high hill or cliff overlooking the water and she looked fabulous.

Naomi wore a coordinating outfit that showcased her incredibly fit physique. A pale yellow sports bra graced the tennis champion’s upper body and she wore a short-sleeved shirt over it. The top was left open and it allowed viewers to appreciate Naomi’s chiseled abs.

A loose pair of matching sorts completed the ensemble.

The sports star wore hiking boots and stood with her hands on her hips as she posed for the photo. Her long, dark curls were swept to one side and she tilted her head as she gazed toward the photographer. 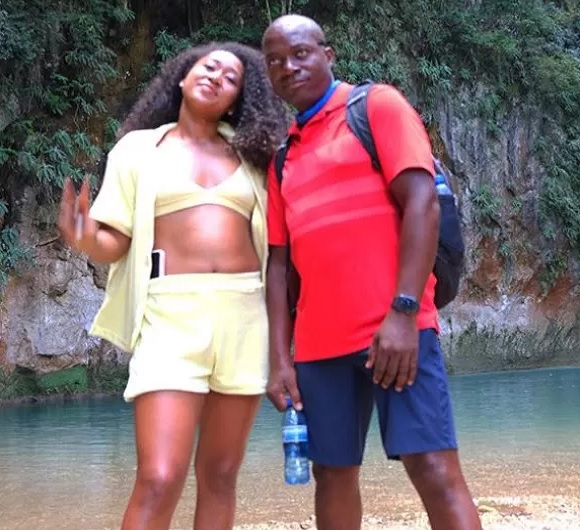 The rest of the pictures in Naomi’s post showed various areas of the Caribbean country, and each photo was more stunning than the last.

“Representing us with style! These pictures are stunning! Thank you for putting Haiti in a good light! Also, congratulations on your win!” one fan commented.

“You look more and more like your beautiful mama as you get older!!!!” a second fan noted.

“Haiti looks good on you and you grace it well,” another fan raved. 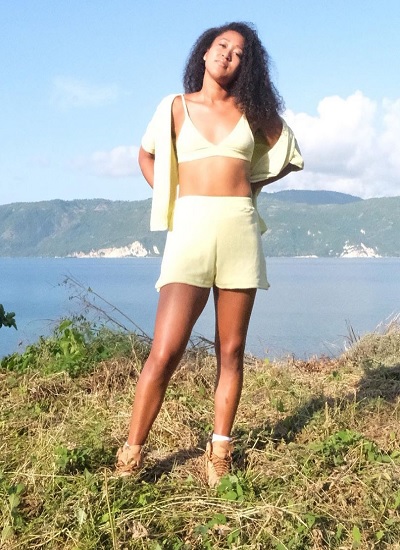 Naomi’s 1.8 million Instagram followers wasted little time in showing their appreciation for the set of snapshots. In just two hours, the series had received nearly 125,000 likes and than 1,600 comments.

People raved over how phenomenal Naomi appeared, as well as how beautifully she showcased the country. Earlier in the week, she shared another alluring photo that allowed her to flaunt her jaw-dropping figure in a bikini, and followers cannot get enough of her confidence and curves.

Related Topics:Naomi Osaka
Up Next