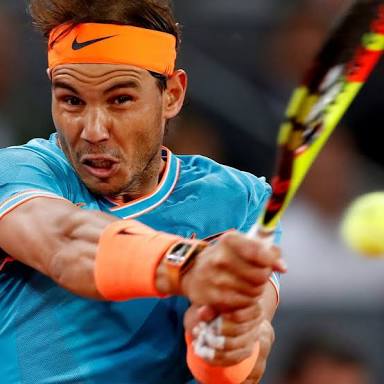 Due to the coronavirus pandemic, the 2020 French Open was postponed to September. The cooler conditions at that time didn’t suit Rafael Nadal, and many thought he wouldn’t win. One of those people was Goran Ivanisevic, who said that the Spaniard had ‘no chance’ against Novak Djokovic in the final.

The Former Wimbledon Champion was proved wrong as Rafa thrashed Djokovic 6-0, 6-2, 7-5. It was clearly a one-sided contest and the 20-time Grand Slam champion had his own opinion on Ivanisevic’s comment. He said:

” I swear that I hadn’t heard what Ivanisevic said before the final. Someone told me after. It was a bit arrogant from him. But in fact, the conditions were better for Novak.”

Rafael Nadal trying to end 2020 on a high note

After proving Goran Ivanisevic wrong and winning the French Open, Rafael Nadal equaled the record for the most Grand Slams. This achievement has made 2020 a memorable year for him, and now he can make it even better at the upcoming Paris Masters and ATP Finals.

These are two events that Rafa has never won, and that is largely due to the scheduling. Since these events are played at the end of the year, Nadal has often injured himself before them. However, that is not the case for him in 2020.

Many events were canceled due to the pandemic, and hence, Rafa has not strained his body. He will be arriving at both events in the best of health, which surely going to give him an advantage. This will be his best chance to win both titles, and all of his fans are hoping that he will do so.

He blew me off the court’: Djokovic’s pants pulled down by no-name Italian