One of the most prominent agents in the National Football League thinks Colin Kaepernick deserves to get another chance to play in the league.

Drew Rosenhaus, who doesn’t represent Kaepernick, told NBCNews.com that he thought some team should give the controversial former 49ers quarterback a chance.

“I think he should get signed,” Rosenhaus told NBCNews.com. “I think he will get signed. It’s really important for the NFL to give him a chance. That would be great for the league at this juncture. I think it would reflect very well on everything that Kaepernick has stood up for over the last several years. He was really ahead of his time with a lot of the things he was saying. If you play many of his interviews years ago, they’re spot on today.” 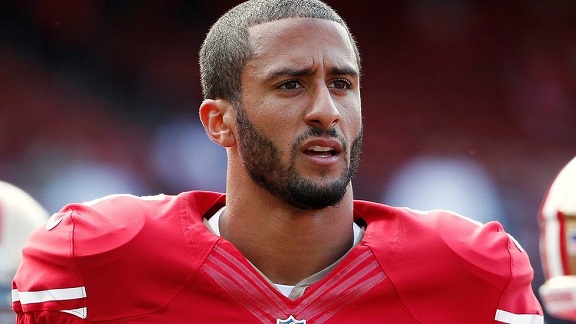 “Sign him. Bring him to training camp and give him a chance to compete like everybody else. He deserves that. If he is not good enough on the football field — we’ll never know unless he gets a chance,” Rosenhaus continued. “He certainly was forced into retirement in his prime. He’s still young enough in my opinion, even with the time off, that he can still be a very solid player in this league. People should rally around him in the NFL, embrace him right now. One of the 32 teams really needs to step up.

And there would be a reward for stepping up, from off-the-charts jersey sales to an instant nationwide fan base, both of which would more than offset those who like to huff and puff but can’t or won’t blow many houses down. 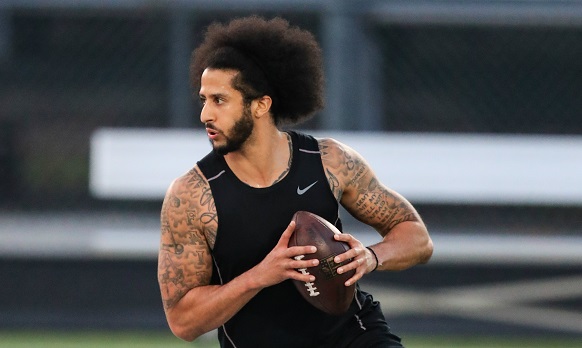 Kaepernick was protesting the violence by police against African Americans during national anthem throughout the 2016 season, an act that made him a divisive figure and even a talking point during the 2016 presidential campaign. Then candidate Donald Trump often railed against him and other players who followed his lead.

Kaepernick settled a lawsuit out of court with the NFL, after alleging the league colluded against him, preventing him from signing with another team he left the 49ers. He worked out for teams late in 2019, but did not sign or receive an offer.

But following George Floyd’s death, large numbers of people inside and outside of sports appear to have embraced Kaepernick’s cause. Floyd, who was handcuffed, was killed when a Minneapolis police officer knelt on his neck until the 42-year-old lost conscious. 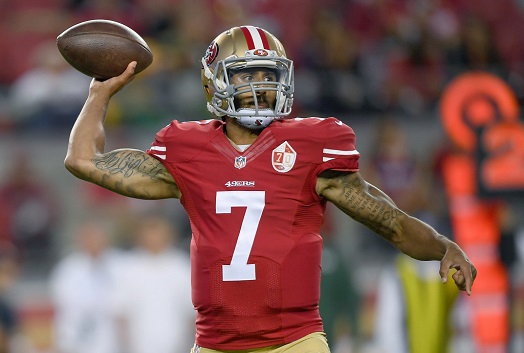 The incident, which was captured on video, sparked outrage that led to protests and demonstrations nationwide. Amongst the protesters and those who sympathized with their cause, Kaepernick has been embraced as a hero.

Report : Novak Djokovic is the Best in the History of this Sport

Government Oweizide Ekpemupolo, popularly known as Tompolo, has made his first public appearance after hiding for six years
Photos and video of Tompolo have surfaced on social media in the last few days.

Some social media users have been speaking on the timing of Tompolo’s reappearance amidst the ongoing unrest in the country.

Tompolo, who led the disbanded Movement for Emancipation of Niger Delta (MEND), went into hiding in 2015.

At the time, the former militant leader was facing trial in an alleged N45.5billIon fraud case.

A picture of his appearance showed the former warlord and his friends dancing, worshipping, and offering Thanksgiving to Egbesu, an Ijaw god.

“Tompolo probably came out as part of their annual festivities. Make una no dey find war for where war no dey abeg.”

“Fear the name Tompolo but he’s not here to fight, do be calm but his appearance is a strong message to federal government.

“He’s the general commander of all Niger Delta militant. They need to fear him because he can cripple government under two days.”