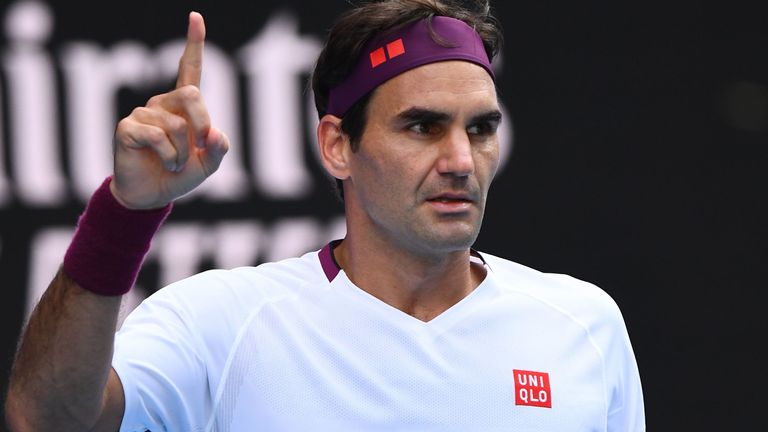 Novak Djokovic’s father Srdan has claimed Roger Federer’s decision not to retire is because he cannot accept he’ll be surpassed by Djokovic and Rafael Nadal.

In August, Federer will turn 39 and he looks set to still be playing at the age 40 after announcing his intentions to continue in 2021.

Federer currently holds two of men’s tennis’ most coveted records – all-time Grand Slam titles (20) and weeks at No 1 (310) – but Djokovic is closing the gap on him with 17 majors to his name and 282 weeks.

With Djokovic being nearly six years younger than Federer, it is highly likely he will eventually overtake the Swiss, especially if he remains healthy.

Recent comments from Federer have suggested he has already made peace with the prospect of Djokovic and Nadal overtaking him.

But Djokovic senior seems to think differently and in a wide ranging interview with outlet Sport Klub, he spoke candidly about his son and called on Federer to ‘go do something else’.

He said: “Novak is a compilation of the best qualities of my wife and me. It came together into one, in him, and what was wrong remained with us. He took the good for himself.

“Why is this happening with Federer, who is still the most successful and best tennis player in the world? That is a fact according to the results, which will not be for a long time. Because he cultivates so much animosity towards Novak.

“They have developed a kind of respect over the years, but why do you think he still plays at 40? Imagine that, a 40-year-old man still plays tennis, when he can go home and do some more interesting things. But since both Nadal and Novak are breathing down his neck, he simply cannot accept the fact that they will be better than him.

“Go man, raise children, do something else, go ski, do something. Tennis is not my whole life, it is just my son’s current hobby. He is only a tennis player at the moment.”

This is not the first time Djokovic’s parents have made their feelings known about Federer.

In May, Djokovic’s mum Dijana said Federer was ‘a bit arrogant’ as he revealed her emotions as she watched the 2019 Wimbledon final where her son fought back from two Championship points down to win.

She said: “I saw a lot of matches, but Wimbledon was the most difficult last year.

“In a stadium where everyone was cheering on Roger Federer, we were just a handful of fans for Novak.

“It’s not nice that I’m annoyed by Federer or others at such moments. But it annoyed me because Federer is a bit arrogant.

While Srdan was at it again in February when he claimed Federer was ‘jealous’ of Djokovic.

“Federer has been jealous of Novak from the moment he made his breakthrough because he knew that my son was better than him and that he would tower over him,” Srdan told Serbian newspaper Novosti.

“Federer is an outstanding tennis player, but I couldn’t say that about his humanity.”

Novak Djokovic: My wife Jelena is the most complete person I know