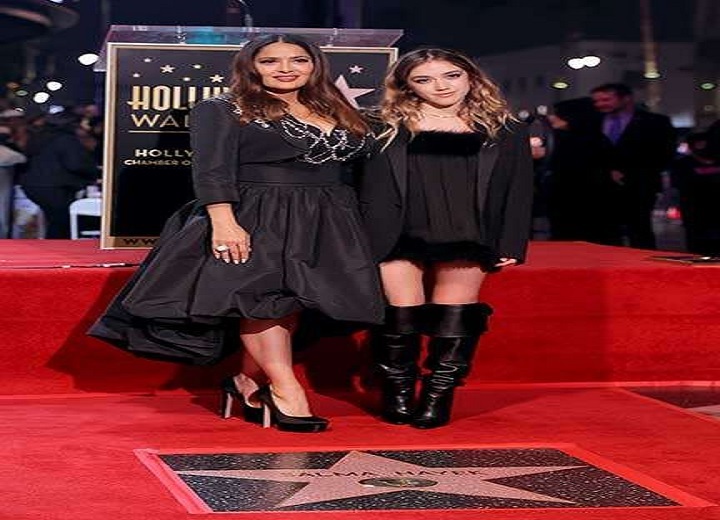 Salma Hayek was almost upstaged by her daughter Valentina when she received a coveted star on the Hollywood Walk of Fame in November. The Eternals actress was joined by the 14-year-old and her husband, François-Henri Pinault, in Los Angeles to celebrate the momentous moment in her career. Salma looked typically gorgeous in her eye-catching frock that boasted a billowing asymmetrical hemline that was longer in the back and shorter in the front.

Salma’s dress featured sparkling embellishments across the chest and drew attention to her famous curves. She completed her look with a pair of black, satin platform heels and added a pop of dark red lipstick. While there’s no denying Salma looked flawless, Valentina almost stole the show in her super chic outfit. The teenager has certainly inherited her mother’s style, opting for an all-black ensemble that consisted of a mini dress with a fur trim around the chest and hem that she wore underneath an oversized blazer with a satin lapel and a pair of leather knee-high boots. 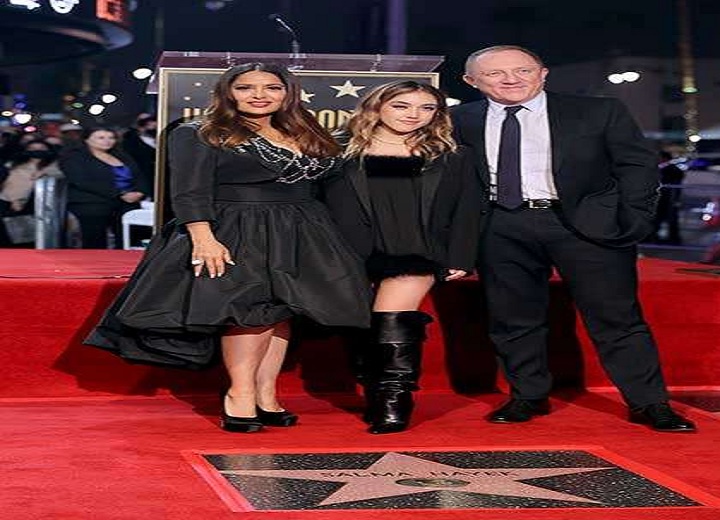 Salma seldom talks about her child, but in 2020 she gave an incredibly rare insight into her family life in an interview with The Telegraph. The star opened up about their experience in lockdown and admitted that Valentina found it hard being away from her friends. “Lockdown was very difficult for teenager. My daughter Valentina was very independent and did her online schoolwork on her own, but she didn’t enjoy it.

she also really missed her friends,” she said. Salma also revealed that she was glad she had her daughter when she did aged 41, as it has allowed her to be a better person. “I got to do a lot of things that were important to me first. Most crucially, I had her with the right person at a time when I could really focus on [motherhood],” she added.

Related Topics:salma hayek
Up Next