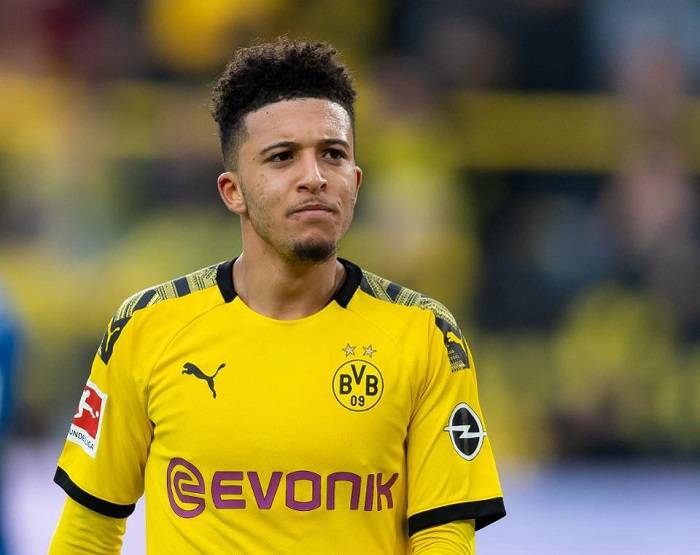 The England international continues to be linked with a move away from Germany, with his rapid rise to prominence earning plenty of admiring glances. 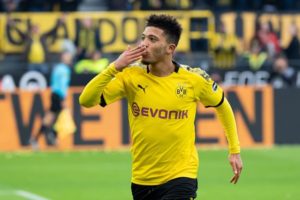 Jadon Sancho continues to keep his cards close to his chest when it comes to transfer talk, with the Borussia Dortmund winger giving little away when it comes to links with Manchester United and Liverpool.

A meteoric rise to prominence has been enjoyed by the 20-year-old forward since he left Manchester City’s academy system in 2017.

Having taken the brave decision to head for Germany, Sancho has gone on to become a senior star for Dortmund and England.

A return to his roots is now being mooted, with leading sides in the Premier League eager to buy into his current ability and future potential.

Big-money offers are said to be in the pipeline, with those at Old Trafford having generated plenty of speculation when it comes to adding another exciting young star to their ranks.

Liverpool, though, are also said to be in the running as Jurgen Klopp seeks greater depth to his attacking options with the English champions.

Chelsea are another to have generated transfer gossip, although Frank Lampard has snapped up Hakim Ziyech from Ajax.

Sancho is aware of the interest he is generating, but claims to have made no decision when it comes to his long-term future.

“I don’t know what to say to that,” he told World Soccer Magazine when quizzed on the exit talk.

“You never know what could happen, so we will wait and see.”

While reluctant to be drawn into a debate regarding where he could end up in 2020-21, Sancho admits to having emotional ties to Liverpool.

He grew up wanting up to follow in the footsteps of Reds legend John Barnes, while also taking inspiration from a two-time World Player of the Year who starred across five memorable years at Barcelona.

Sancho said: “My dad was a big fan of John Barnes. He had a couple of videos of him at home and I used to watch them a lot.

“I used to look at Ronaldinho on YouTube. That was a big thing for me. He used to try things that no-one else would try and that made me like him a lot.

“I didn’t have a team that I supported, though. I just idolised a lot of great players.”

Sancho is currently tied to a deal at Dortmund through to 2022 and the Bundesliga giants have made it clear that they will not be sanctioning a sale without a fight.