Scarlett Johansson is currently married to Colin Jost. Before she married Jost, the actress was previously married to actor Ryan Reynolds from 2008 to 2011. She had a daughter with Romain Dauriac, and the two officially divorced in September 2017.

Over the years, Johansson has made several comments about monogamy not being natural or realistic. In 2017, Johansson was interviewed by Playboy and said that she did not think it was “natural to be a monogamous person.”

In 2006, Johansson was promoting her film Match Point when she said that she did not find monogamy to be natural. However, she did express an interest in eventually being married.

“I don’t think human beings are monogamous creatures by nature,” she said according to Today. “When I decide I want to have children with somebody I think it would be nice to be married to that person.”

Johansson began dating Reynolds in 2007 and the two married in 2008. Before she married Reynolds, Cosmopolitan asked Johansson about her previous statement about monogamy. “I don’t think it’s a natural instinct for human beings, but it doesn’t mean I don’t believe in monogamy or true love,” she told Cosmopolitan. “I believe in finding a soulmate. I’ve always been in monogamous relationships. I would never want to be in an open one.

It’d be too awful. Monogamy can be hard work for some people. I don’t think it applies to everybody, and I don’t think a lot of people can do it.”

What she thought of monogamy after getting married

In March 2017, Playboy published an interview with Johansson. At the time of the interview, Johansson had been divorced from Reynolds for several years and was married to Dauriac.

During the interview, Johansson’s views of monogamy were brought up, and she acknowledged her respect for marriage and doubts about monogamy, saying:

“You have to choose a path. I think the idea of marriage is very romantic; it’s a beautiful idea, and the practice of it can be a very beautiful thing. I don’t think it’s natural to be a monogamous person. I might be skewered for that, but I think it’s work. It’s a lot of work.

And the fact that it is such work for so many people—for everyone—the fact of that proves that it is not a natural thing. It’s something I have a lot of respect for and have participated in, but I think it definitely goes against some instinct to look beyond.”

Jost currently hosts “Weekend Update” on Saturday Night Live with Michael Che. Johansson’s first memory of Jost is from when she hosted an episode in 2010 and he was a writer of a sketch she was performing.

“It was some dumb parody that he had written, and he was in there partly directing this segment we had to do,” Johansson told The Hollywood Reporter in 2019.

“That’s my first memory of him. He seemed very confident at the time. I don’t know if he felt that way, but in that environment, if you’re not confident as a writer, your stuff just never gets produced.” On Dec. 19, 2020, Kristen Wiig hosted the last episode of SNL before the end of the year. For the episode, Che and Jost kept up a holiday tradition and blindly read jokes written by the other. Because of a joke Che wrote, Jost ended up joking about Johansson.
Scarlett Johansson and Colin Jost met on ‘SNL’

Johansson has hosted SNL on multiple occasions. The couple first met when Johansson hosted and Jost was a writer on the show, and Johansson’s first memory of Jost is from when she hosted in 2010. In the episode, Johansson performed a sketch that Jost wrote. 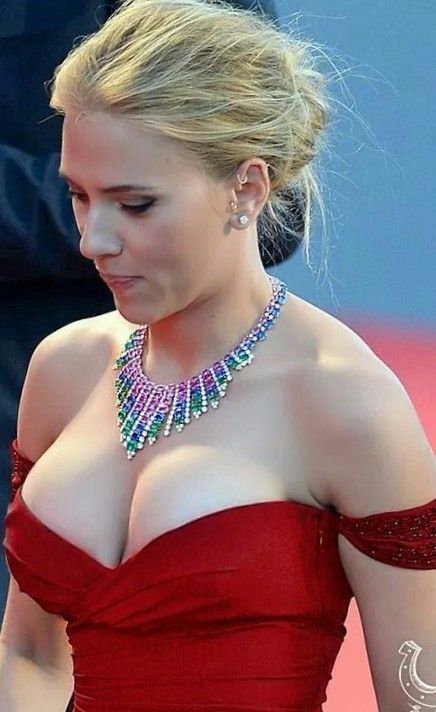 Johansson hosted SNL for the fifth time in 2017 and a few months later Jost and Johansson became an item. In 2019, Johansson’s publicist confirmed to Associated Press that the couple was engaged.

Colin Jost made a joke about Scarlett Johansson “We’re making each other read jokes live on-air that the other person has never seen before,” Che said.

“Yeah, man. Why don’t you go first though?” Che replied.

For the next few minutes, Che and Jost read out each other’s jokes. At the end of the segment, Jost was forced to read out a joke about Johansson.

“It was announced that Creed singer Scott Stapp will play Frank Sinatra in an upcoming movie, but the good news is Sammy Davis Jr. will be played by Scarlett Johansson,” Jost said before hiding his face in his hand.

How Angelina Jolie is helping to hide skeletons in Brad Pitt’s closet__secret revealed.