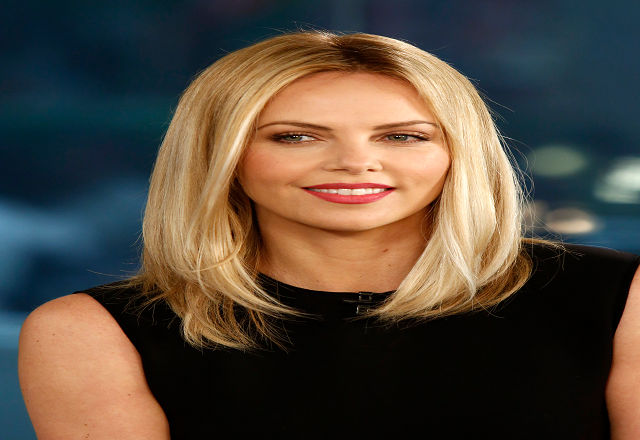 She stars as influential and sophisticated Charlotte Field in her latest film Long Shot.And Charlize Theron looked impossibly chic as she made a showstopping arrival at the London premiere for her new movie in London .

The Atomic Blonde actress, turned heads in a cut out dress with a high neckline, which teased a glimpse of her ample assets through the keyhole section.

The skirt of her dress flowed out in spectacular fashion, adding a vibrant pop of colour to her red carpet look with his bright pink colour.Charlize brought the look together with a slick of lipstick in the same hue, while sporting a glamorous coat of make-up in natural shades. 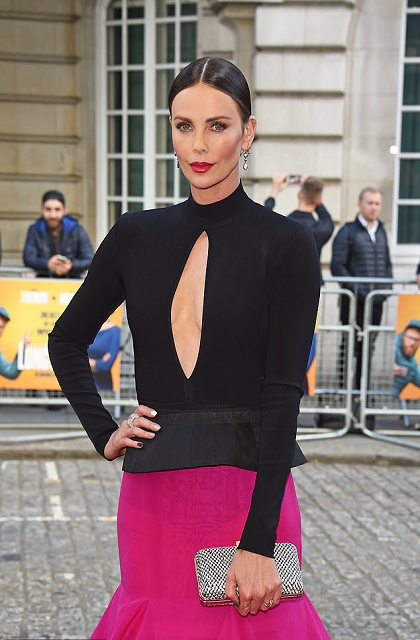 She wore her dark locks in a centre parting, while slicking her tresses down in a sleek style and tying them in a tight ponytail, accessorising with a pair of dainty drop earrings. While she arrived alone, the actress later caught up with her co-stars on the red carpet including Seth Rogen.

Seth and Charlize will be back on the big screen for the upcoming comedy, Long Shot, set for release May 2.

The actor plays speechwriter Fred Flarsky who charms his former crush Charlotte (played by Charlize) as she prepares to run for president. 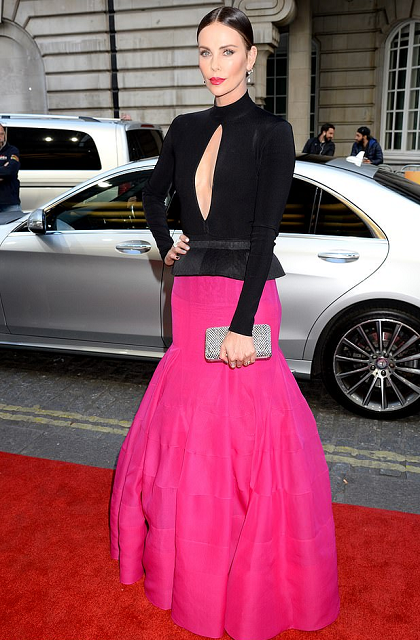 Charlotte is powerful and boasts a long list of accomplishments and impulsively hired Fred as her speechwriter, despite being advised against the move. Charlize’s appearance at the premiere comes after she ruled out speculation that she is dating Brad following talk the pair were ‘dating’ earlier this year.

She confirmed she is single and focused on raising her children (August, three, and Jackson, seven) in an interview with Australian magazine Sunday Life. 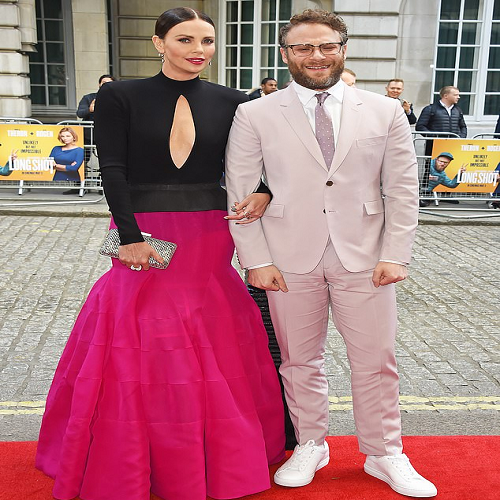 ‘I’m not really thinking about dating now,’ South African-born Charlize told the publication when asked about the Hollywood star.

‘I’m single and I have a full life with my kids and my career,’ she said.Rumours surfaced Charlize and Brad were a item after a report in The Sun in December last year which claimed they had been ‘casually seeing each other.’

The pair were reportedly introduced to each other by Theron’s movie star ex, Sean Penn, who she dated from 2013 until 2015.

Charlize previously dated her Trapped co-star Stuart Townsend between 2001 and 2010, with him even giving her a ‘commitment ring’ in their union

“The first time I ever heard jessica simpson sing, I got chills,” – EX- Nick Lachey