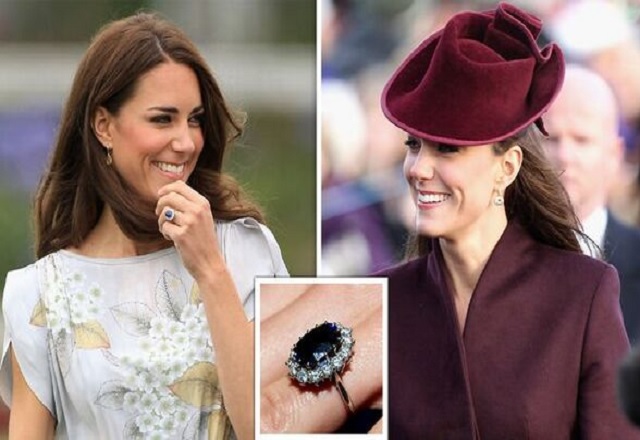 KATE MIDDLETON has been gifted some breath-taking jewellery by Prince William over the years, but some distinct pieces stand out for their sentimentality. Prince William and Kate Middleton married in 2011, but their romance started long before while the pair were students at St Andrews in Scotland. Over the course of their relationship, Kate has received several jewellery gifts from her husband, but some are more sentimental than others. Express.co.uk takes a look back at some of the most poignant jewellery pieces William has gifted to Kate over the years.

Garnet and pearl ring
Back when Kate and William were dating, the future King was thought to have gifted his girlfriend a ring with touching symbolism.The gold ring is adorned with garnets and pearls – Kate and William’s respective birthstones – and Kate wore the beautiful piece for her graduation in 2005. 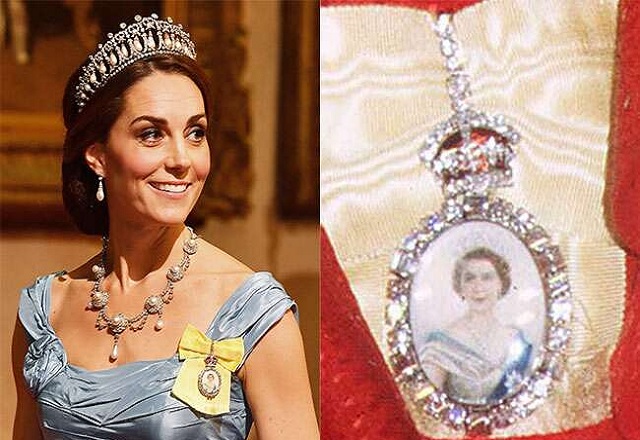 Leading jewellery experts at Steven Stone said: “This ring is no doubt very sentimental and while Kate has a very high-value jewellery collection, this piece is priceless. “From the design, it looks to be from the Victorian era, from the late 1800’s, most likely set on a 15-carat gold band, which is what they used at the time.

“It would probably be worth no more than £2,000 today, but it’s one of our favourite pieces from Kate’s collection thanks to the beautiful symbolism it holds.”

Princess Diana’s engagement ring
As well as being the most famous jewellery item in Kate’s collection, her stunning sapphire and diamond engagement ring is quite possibly the most sentimental. The ring famously belonged to William’s late mother, Princess Diana, and he proposed to Kate with the gem while on holiday in Kenya in 2010. 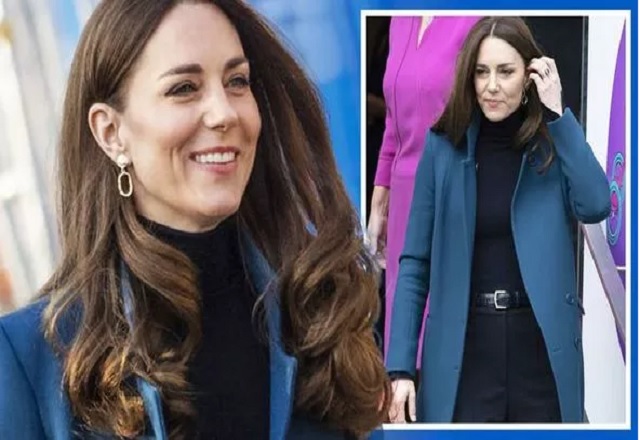 The ring’s 12-carat oval sapphire is surrounded by 14 beautiful diamonds, and Kate is rarely pictured without it. The sparkler clearly means the world to Kate, and she said during her engagement interview in 2010: “I just hope I look after it. It’s very, very special.”

Diamond eternity band
After the birth of William and Kate’s first child Prince George in 2013, the Duchess was spotted wearing a third ring that was believed to have been a gift from her husband. Jack Cherry, Sales Consultant & Gemmologist at Queensmith, told Express.co.uk: “The Duchess of Cambridge’s eternity ring is a beautiful display of simple jewellery that so perfectly suits her notably refined taste.

“This minimalist ring features an estimated total of around 0.25 carats of round brilliant diamonds – each perfectly chosen to match in colour and clarity grades to ensure a continuation of white, bright sparkle.” Mr Cherry added: “Our clients typically choose eternity rings to celebrate milestone moments – from the birth of their children to important anniversaries. 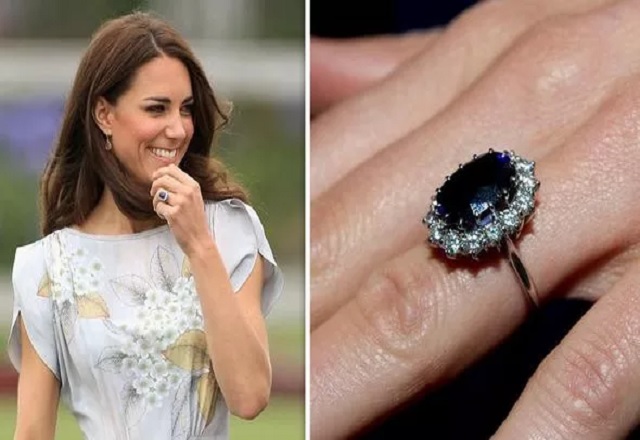 “Choosing to wear this eternity ring alongside her engagement and wedding ring set, it is likely the eternity ring was gifted by William to celebrate the birth of Prince George, their first child.”

Green amethyst earrings
For her first Christmas as a member of the Royal Family, Kate debuted a pair of amethyst earrings during the traditional royal walk to Sandringham. Daena Borrowman, Marketing Manager at jewellerybox, told Express.co.uk: “Though Kate, the Duchess of Cambridge has an enviable jewellery collection worth millions, her £2,600 Kiki McDonough green amethyst and diamond earrings are among her most favourite accessories.

“They were a gift from her husband, Prince William, during their first Christmas together as a married couple. “The eye-catching earrings compliment a lot of the colours in her vast wardrobe. In fact, she has worn them to three Sandringham Christmases.

“She wore them to her very first Sandringham service in 2011, paired with an enigmatic dark berry frock coat, then once again in 2015, with a forest green long belted coat from Sportmax, and then in 2019 with a fur-trimmed Catherine Walker coat.”

How Kate honoured beloved mum Carole on her wedding day, The subtle ways-check.