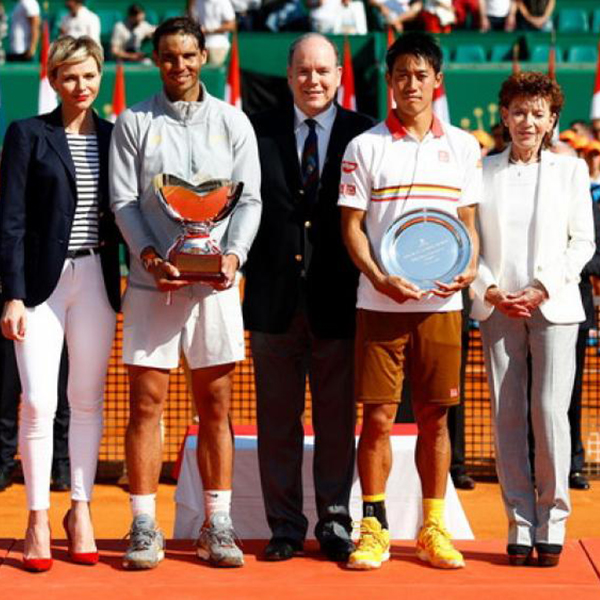 In 2018, world no. 1 and the defending Monte Carlo champion Rafael Nadal proved his dominance on clay and this tournament once again, defeating Kei Nishikori 6-3, 6-2 in an hour and 30 minutes for the 11th title in the Principality in the last 14 years!

No player had ever dominated one event in modern tennis like Nadal in Monte Carlo, winning 68 out of 72 matches he played there since 2003 when he was only 16! It was the 76th ATP title for the Spaniard, moving just one away from John McEnroe, and also the record-breaking 31st Masters 1000 crown, leaving Novak Djokovic on 30.

Also, Rafa stayed in front of Roger Federer on the ATP list with these 1000 points, eager to repeat that in Barcelona as well and keep the Swiss behind. Nadal was the player to beat in Monte Carlo that week, winning the title without dropping the set for the first time since 2012 and conquering 36 consecutive sets on clay at that moment!

It was the tenth victory for the Spaniard over Nishikori in 12 meetings (four encounters on clay), playing against each other for the first time since Rio Olympics when the Japanese scored a win to leave Rafa without a medal in singles.

Monte Carlo 2018 was the best tournament for Kei since 2016, scoring two top-10 triumphs (the last one before Monte Carlo came in Brisbane 2017) and entering the Masters 1000 final for the first time since Canada that year, although it wasn’t enough to go all the way and overpower such a strong rival. 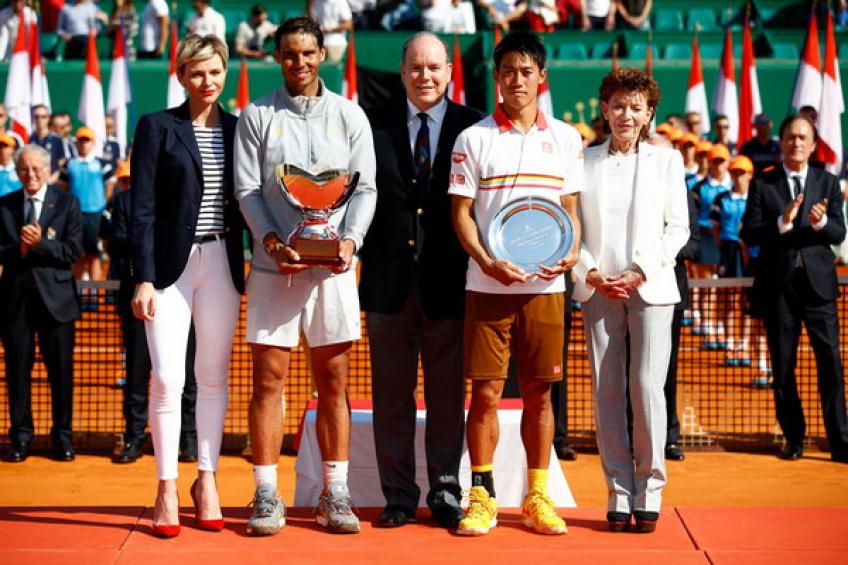 Nishikori had to play from the first round, spending five more hours on the court in comparison to Rafa, which was evident on the court. It wasn’t the perfect display from Nadal but, as always, he did enough to keep the upper hand and control the pace in the points, facing just two break points and mounting the pressure on the other side of the net.

Kei grabbed a break in the third game of the encounter to seize an early lead but that was pretty much all we saw from him on the return, wasting a break chance in game seven and fading from the court in set number two, just like Grigor Dimitrov in the semis.

The Japanese served at only 52% and he needed more to keep himself in contention, dropping 48% of the points behind the initial shot and giving his serve away four times from eight opportunities Nadal created. Rafa had 20 winners and 21 unforced errors while Kei stood on a 12-19 ratio, spraying mistakes from both wings and finding it hard to deal with the Spaniard’s down the line shots.

The Japanese prevailed in the most extended exchanges but Nadal erased that deficit in the shortest and mid-range rallies to create the crucial gap and secure the title. Rafa missed a chance to score an early break in game two when his forehand down the line finished just outside the range, with Kei landing a backhand winner at the net in the third game to draw first blood.

Nonetheless, Nishikori couldn’t stay in front for too long, hitting a double fault in game four to lose the advantage, falling 3-2 down when Rafa held at love in game five with a smash winner to restore the order and gain momentum.

The deciding moment came in the next game when Nadal broke for the second time in a row, moving 4-2 ahead and saving a break chance a few minutes later to cement his advantage. Kei held at love to reduce the deficit to 5-3 before Nadal closed the set on own serve, firing a forehand winner to get the job done in 56 minutes.

Carried by this drive, Rafa was the dominant figure in set number two, serving at 80% and dropping four points in his games, keeping all the pressure on Nishikori who had no weapons to stay in touch. The Japanese saved a break point in the first game before Nadal broke him at 15 two games later with a backhand return winner, jumping into a 3-1 lead with a forehand winner and looking better and better as the match progressed.

Kei got broken again in game five and the title was in Nadal’s hands when he blasted a backhand crosscourt winner at 5-2, celebrating another massive success on the court that gave him so much in the last 13 years.