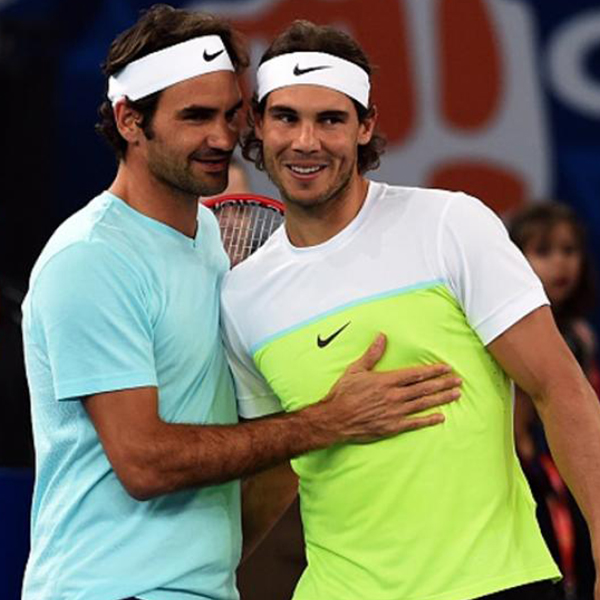 From the year of the first Roger Federer’s title (Wimbledon in 2003) to the present day, the Swiss champion and Rafael Nadal have won a total of 39 of the 68 Grand Slam titles, twenty for the Swiss (absolute record), nineteen for the Spanish.

Their 2008 Wimbledon final was lauded as the greatest match ever by many long-time tennis analysts. Their 2017 Australian Open final was one of the more highly anticipated major finals in tennis history, in part due to the relevance within popular discussions on their placement in greatest of all time listings, coupled with that fact that they were both already in their 30s, which is usually when most male players are on the decline or have already retired.

Other matches considered particularly notable include the 2006 Italian Open final, 2007 Wimbledon final, and 2009 Australian Open final, with each match going to five sets. In an interview with Eurosport’s Players’ Cut, Nadal’s former coach Toni spoke about Roger Federer: “For me, he’s a wonderful player.

I like to watch Roger Federer a lot. If I wasn’t the uncle nor the coach of Rafael, I would want Federer to win all the matches. But in the end, I like how he plays, because he’s very elegant but he’s very effective too.

On this day: Roger Federer joins the elite for the first time

Gabriela Sabatini on Roger Federer: I really admire him very much