If you think the New Day being split on WWE’s annual draft was sad, think again. In a recent video on YouTube, WWE released a moment from 2016 which saw Superstar Charlotte Flair getting emotional over a draft pick.

Charlotte was visibly hurt by the fact that Becky Lynch was drafted to SmackDown. This was because the two shared a close friendship with each other and the draft meant that they would no longer see other regularly.

Since SmackDown and Raw air on different days of the week, taping schedules are made accordingly. In this way, Superstars from each brand almost never see each other. They only cross paths during main events and pay per views.

Over the years, Charlotte and Becky had become best friends. As two of the top faces of the women’s division, they helped each other in many areas.

Charlotte initially feared that WWE didn’t have any plans for Becky Lynch which got her more sentimental. The split was one of the most emotional moments of the draft.

However, Charlotte’s fears stayed fears. At SmackDown, Becky rose in prominence to become one of the biggest stars of the Women’s division. She quickly rose to the top and became SmackDown Women’s Champion.

Charlotte Flair would eventually see Becky a lot more. Following her rise to the top and the arrival of Ronda Rousey, Becky got a major push with feuds that saw her fight her own best friend.

Becky faced Charlotte and Rousey at WrestleMania in a huge match that ended with her winning both Women’s titles. 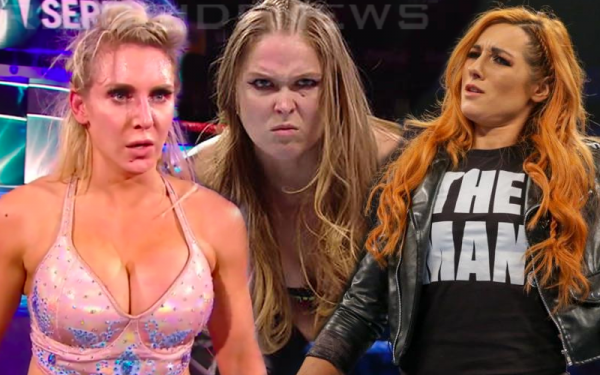 Becky walked away with everything that night and cemented her status as the new face of the Women’s division.
Throughout WWE history, we have witnessed that best friends can be better rivals in the rings. Becky and Charlotte certainly did prove that point.

Despite their hard-fought rivalries in the ring, the two maintain their friendship outside.

Currently, both of them are on a break from WWE. Although, when they do decide to return, they will be greeted with open arms. Or maybe they start throwing punches to kick off another major storyline? Only big things can be expected from those two when they get in the ring.

we necessarily need to be reminded that Hewitt is gorgeous__see photos