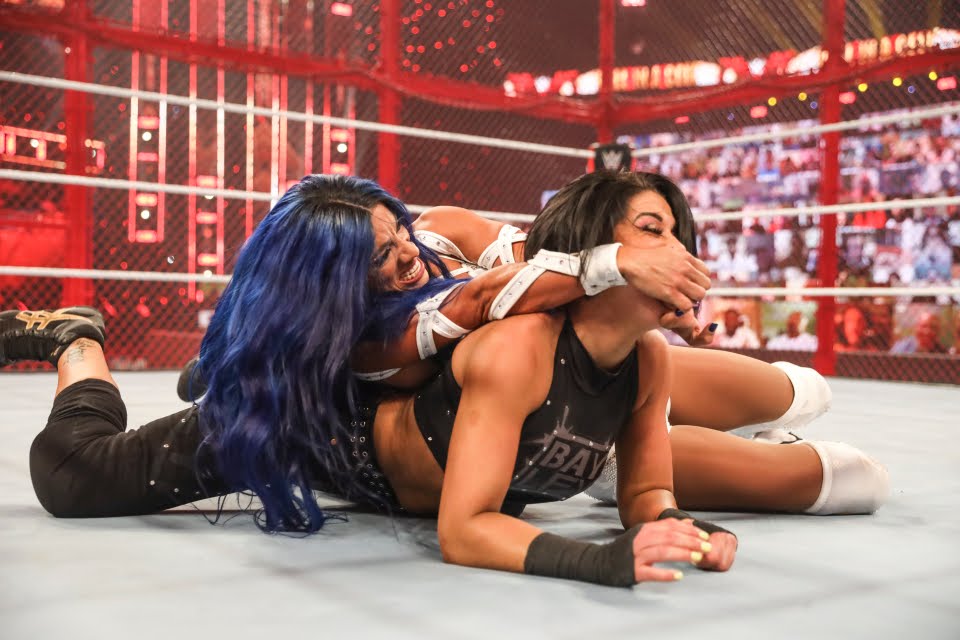 WWE Hell in a Cell 2020 saw former best friends Sasha Banks and Bayley engage in a brutal title match for the SmackDown Women’s Championship. The two friends-turned-foes arguably delivered the best match of the night.

It would be safe to say that Banks and Bayley did justice to the entire build-up to their much-anticipated match at the recently concluded pay-per-view.

At Hell in a Cell, both Banks and Bayley pushed each other to their limits, and their highly-entertaining narration kept the fans hooked onto the action. This match had several incredible spots.

The closing moments of the battle saw Banks wrap a chair around Bayley’s neck before forcing the latter to submit via the Banks Statement. The constant stomping on the other end of the chair also helped Banks in successfully forcing Bayley into the submission.

In this article, we will take a look at five reasons why Sasha Banks defeated Bayley to become the new SmackDown Women’s Champion at Hell in a Cell 2020.

The rivalry between Sasha Banks and Bayley was in the making for more than a year. In recent months, both Superstars worked very well as a tag team and even got their hands on the WWE Women’s Tag Team Championships. This also allowed both Banks and Bayley to hold two titles simultaneously.

Unfortunately, their fairy-tale involving all the gold came to an end when they lost their tag team titles to Shayna Baszler and Nia Jax. After that match, Bayley attacked Banks, and the two have been feuding ever since.

The champion took every chance to blindside Banks and attack her. She even refused to sign the contract, but Banks was determined to take the gold away from Bayley — the one thing that mattered the most for her former best friend.

While the WWE Universe were expecting Sasha Banks to betray Bayley, that’s not how things transpired. Instead, the creative turned Banks into a babyface who would then have a chance to become the SmackDown Women’s Champion for the first time in her WWE career. And what could have been more poetic than Banks beating none other than Bayley for this iconic moment of her career?

From the in-ring action to the drama surrounding this storyline, everything about their Hell in a Cell match was very well done. In the end, Banks picked a deserved victory, and it will now be interesting to see what’s in store for the newly crowned champion on WWE SmackDown.

WWE SmackDown: Sasha Banks Gets Bayley To Sign Hell in a Cell Contract With a Chair