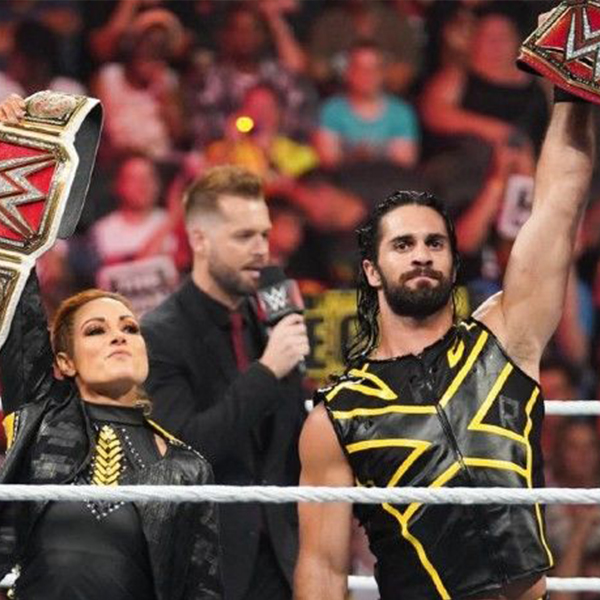 On the latest episode of Monday Night Raw, Becky Lynch relinquished her Women’s Championship and announced that she’s taking time off to have a baby. Her fiancé, Seth Rollins, has since taken to Instagram to share a heartfelt message for the mother of their child, along with a picture he took of her when they received the big news.

In the picture, Lynch was clearly overcome with joy as she held her positive pregnancy test up to the camera. In Rollins’ accompanying caption, he revealed that he took the photo right after they originally found out they were going to be parents. According to the Monday Night Raw superstar, he couldn’t “have captured anything more beautiful” and it’s clear that he’s looking forward to becoming a father.

Rollins’ followers flooded the comments section with their own heartwarming messages as well. ESPN’s Jay Harris congratulated them on the news and described the couple as “two of the best people” he knows. Several WWE superstars and fans echoed the news anchor’s sentiment.

Word backstage is that everyone in WWE is happy for the couple, including Vince McMahon. The WWE chairman has disciplined superstars over unexpected pregnancies in the past and he’s reportedly unhappy with performers who are currently taking time off. However, he has supposedly been supportive of Lynch and Rollins.

Rollins also confirmed the baby is due in December, meaning that both superstars could be out of action until 2021. Rollins is also expected to take time off in order to focus on his family. With the coronavirus pandemic still ongoing, the superstar reportedly doesn’t want to risk infecting his wife-to-be.

Arsenal have already identified the replacement for Pierre-Emerick Aubameyang

Rafael Nadal: More concerned with Aussie Open 2021 than what happens later this year