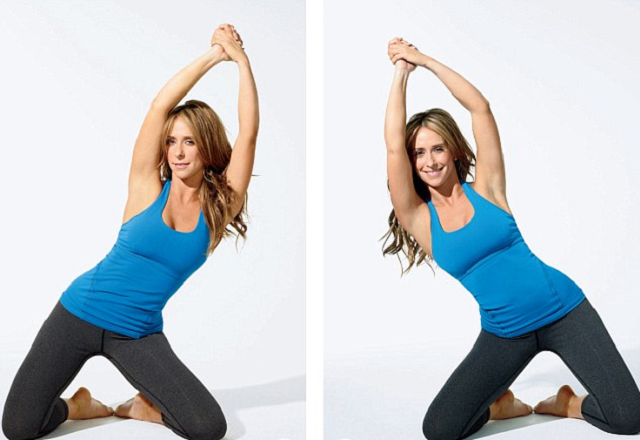 Now, at 41, all her hard work and dedication has paid off as she can happily prance around in a bikini on the cover of Shape magazine, without a worry in the world.

The Client List star wears not one but two stunning bikinis in the March edition of Self, and gets in depth about the exercise and diet regimes that work for her. 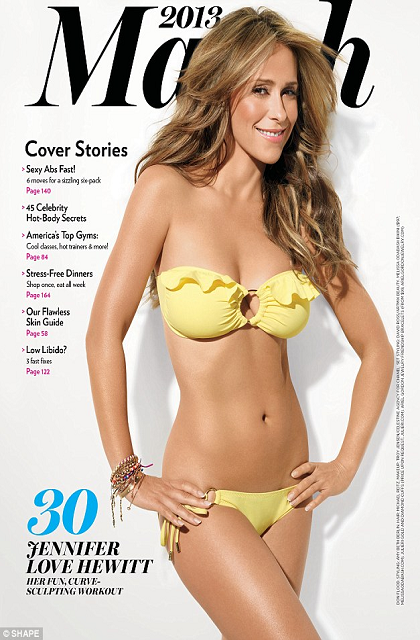 When unflattering photos of her at the beach were posted online in late 2007, the Ghost Whisperer star went into overdrive in a bid to tone up.

‘I wasn’t going to the gym or eating right when that unfortunate photo was taken,’ she says. ‘It was time to start working out and watching my diet more closely.’

Hewitt now says she owes her body to a yoga/dance combination called Buti, wearing ankle weights on set and keeping to a strict diet. 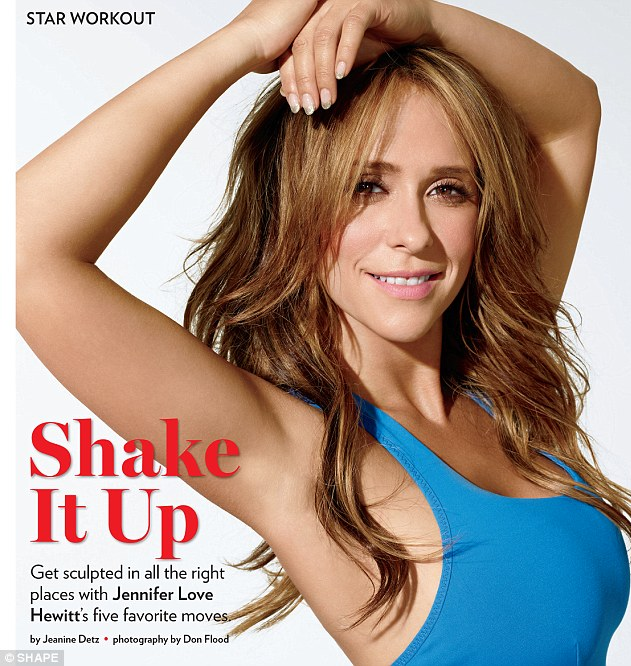 The former Party of Five star has received acclaim for her role on The Client List and was even nominated for a Golden Globe this year.

And now it seems she’s found love as well as TV success on the show.

Last month, In Touch Weekly reported that I Know What You Did Last Summer actress was dating her co-star Brian Hallisay, who also plays her husband on the show. 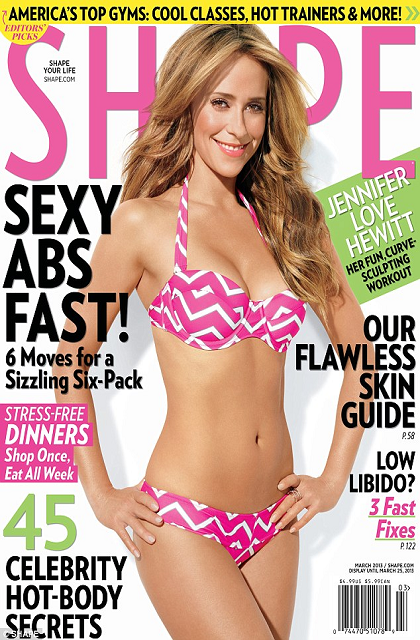 She’s been rumoured to be dating the hunky 41-year-old as far back as March when the pair went on a week-long Fiji getaway.

Hallisay was promoted from recurring character to series regular on the critically-acclaimed series.

‘She’s in love! I wouldn’t be surprised if they settled down soon,’ a source told the publication.

Related Topics:jennifer love
Up Next

The influence of Jennifer Lawrence On Dove Cameron Is One Of The Most Remarkable In The Whole World__And It’s What We Never Expected.